Pause Before You Laugh at Governor Walker 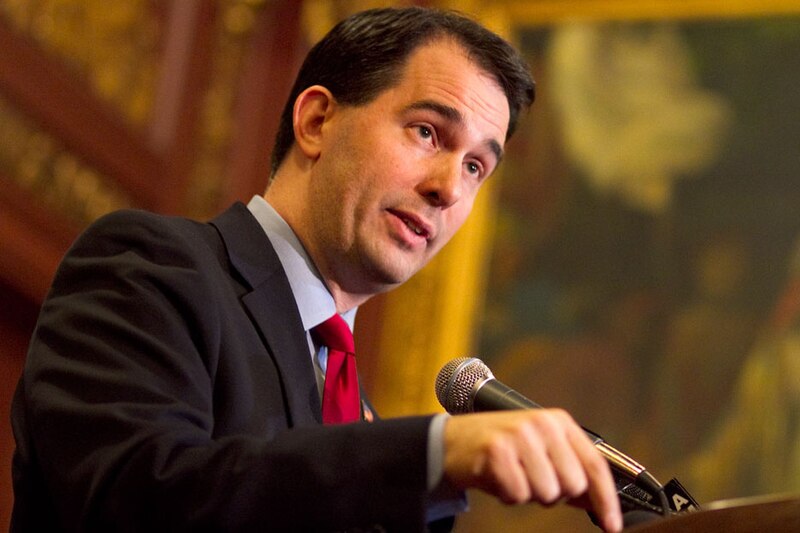 Election campaigns are comedy fodder. This week’s top supplier is Wisconsin Governor Scott Walker, the man running for the Republican presidential nomination in the United States. When queried on Sunday by Chuck Todd of NBC News’ Meet the Press about the risk of terrorists sneaking across US borders to launch attacks, Walker called the idea of building a wall along the border with Canada “legitimate.” Judging by the reactions in North America and beyond, the comment broke the absurdity scale. Why else would an editorial board of Canada’s leading newspaper lampoon the poor governor, late night TV comedy-style?

This type of political gaffe has become more common in the age of the 24/7 media in search of Internet traffic. The building of the great northern wall is not something that the governor had ever mentioned in public before, and the exchange with the NBC journalist indicates considerable ambiguity about Walker’s message. The short version: Todd asks Walker whether the Republicans’ rationale for fortifying the US border applied to both northern and southern borders. Walker responds by saying that it might, considering what New Hampshire voters recently told him: “They raised some very legitimate concerns, including some law enforcement folks that brought that up to me at one of our town hall meetings about a week and a half ago. So that is a legitimate issue for us to look at.”

But does “that” actually refer to Todd’s question about the northern wall? NBC (originally) did not think so. The televised broadcast on Sunday morning excluded this segment, and the story broke only after another news outlet interpreted the online version of the interview as being about the wall on the Canadian border. On Monday afternoon, Walker’s campaign officials indeed suggested that their candidate was basically being framed—presumably by his Republican rivals and the perennially hostile liberal media.

Both Todd’s question and Walker’s “answer” owe their existence to the power and pervasiveness of a particular fear-inducing and hyperbole-rich “paranoid style” of American politics that centers on “porous” borders in need of constant “securing” and “smartening up” against terrorism and illegal immigration.This discourse’s main target has always been the southern border with Mexico. No sooner than the first set of government-built physical barriers were erected there in 1990, U.S. politicians and pundits began to rhapsodize about the need for a “real wall.” The Walker interview is a variation on this theme which was recently set by Donald Trump, the current poll leader in the Republican presidential nominee race, when he vowed to force Mexico to pay for the construction of the kind of shock-and-awe border barrier that would put the historic Great Wall of China to shame. Considering the target audience, this counts as good campaigning.

The way other Republicans ridiculed Walker suggests that the northern and southern borders are subject to different degrees and even kinds of electoral noise. A “fear Canada” discourse exists, but it constitutes the fringe of the fringe of American political conversations. This is also evident from the reactions to those professional provocateurs who in the wake of the Ottawa shootings in October 2014 got up to argue that Canadian cities are turning into jihadist hothouses, while pointing out to the “fact” that some 9/11 attackers entered the US through Canada. (Researching this subject further, I found no evidence of paranoia in the mainstream US media coverage of this or any other terrorism-related event in Canada in the past sixteen years.)

But fringe ideas can sometimes go mainstream fast. This is why those responsible for protecting and improving the good neighbourly relations between the two countries, including the all-important smooth operation of cross-border commercial traffic, are never laughing at people like Governor Walker. The spokesperson for the Canadian Embassy in Washington is the outstanding case in point. When asked by ABC News to comment on this affair, she responded with a series of serious talking points: “No terrorists have been successful in attacking the United States coming through the Canadian border”; “All the terrorists responsible for 9/11 were in the United States with visas issued by the U.S. government,” etc. For diplomats, every political gaffe is potentially a teachable moment.