Liberal Interventionism: The Crisis Within 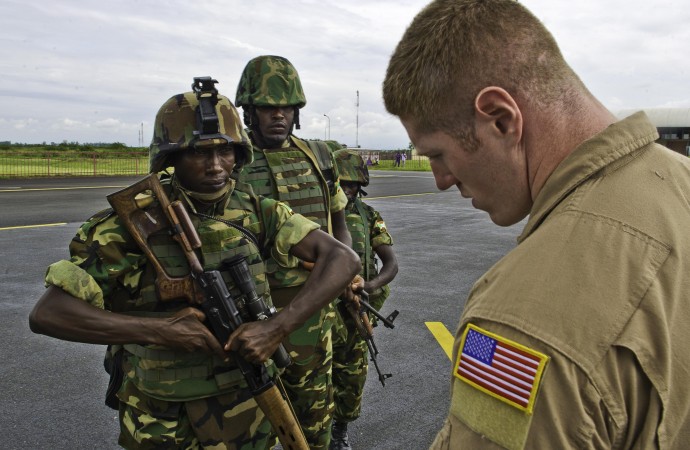 Liberal interventionism today not only responds to crises in countries experiencing violent conflicts, distress, and disaster. It also responds to a crisis within. This crisis is not simply about post-Trump budget cuts and the broader withdrawal from liberal interventionism’s key institutions, including the UN. It is also a “crisis of confidence,” caused in large part by post-9/11 interventions in Afghanistan and Iraq and their failure to deliver democracy, stability, and peace.

Two trends illustrate this. One is the renewed emphasis on conflict prevention within the UN. This needs to be understood as an interventionist practice rather than as preceding intervention. The other is the shift to digital technology, which is not simply a neutral means of liberal intervention, but has important effects on the scope and mode of intervention.

With recent reviews of UN peace operations and renewed focus on conflict prevention, “a number of different modalities have been explored.” These are best understood not as endeavours that precede “intervention” but as forms of engagement. In part, these are a response to the crisis of confidence surrounding common large-scale interventions. Indeed, preventive endeavours leave interventionist footprints.

Thinking about prevention as a form of intervention calls attention to at least two important points. First, these endeavours may have implications other than simply reducing levels of conflict. Second, they are not always welcomed by the host country. These issues draw attention to “unintended consequences” and resistance to “early warning.” The debate needs to be broadened to include new efforts at conflict prevention.

The case of Burundi is illustrative both of how the UN’s preventive endeavours were not regarded by the government as preceding intervention but as an act of “early aggression” (p. 33). Concerning unintended consequences, the risk of “retaliation against witnesses” (p. 39) became clear. This critical issue receives little attention in current conflict prevention debates. Moreover, preventive endeavours may affect conflict dynamics within Burundi in ways that cannot simply be expected to align with the aim of reducing the level of conflict.

Concerning new digital technology, one key ambition — namely liberal democracy — is increasingly bound up with new forms of technology, such as biometric registration. From Ghana to Kenya, from Pakistan to Cambodia, the EU supports biometric voter registration for national elections. Biometrics, they say, can help “improve the integrity” of the voting process and thus reduce the probability of disputed elections escalating into violence. Much can be said about this, but the point to stress here is that rather than simply retreating from efforts aimed at spreading liberal democratic values, these aims are now pursued through different means — including biometric voter registration.

This article is part of a six-blog series that follows from a workshop on International Relations in a Post-Liberal Era. The workshop was hosted by CIPS and marks the start of the Copenhagen–Ottawa Research Exchange (CORE). For other blogs in this series, click here:

After Abdication by Peter Marcus Kristensen

NATO: A Liberal Alliance in an Increasingly Illiberal World? by Alexandra Gheciu

Two days until the 🇩🇪election! Who will succeed Chancellor Angela Merkel? And what are the potential implications of the election results? Join us on Oct 7 at 12 pm for a discussion with @jana_puglierin and @_RafaelLoss chaired by Daniel Stockemer
➡️http://bit.ly/3BR5zas

Join us now as we welcome Ambassadors Peggy Mason and Omar Samad: https://bit.ly/2ZkwrBz