Star Wars: Coming soon to a space near you – the diplomatic alternative 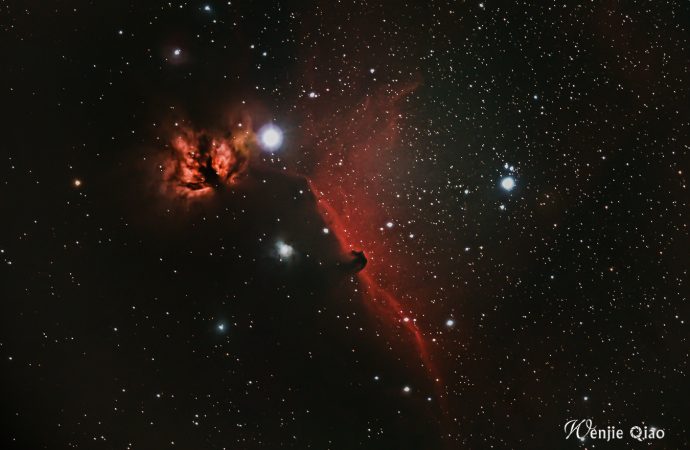 Will Outer Space become a new frontier for international conflict? Or can it remain a global commons? As states dither, this question may soon be taken over by other actors.

I confess that I gave this blog its title with a bit of tongue in cheek. While the media apparently insists on invoking this misleading Hollywood moniker from the 1980s whenever the topic of space security comes up, its recurrence does hint at the messiness created by the rhetoric and actions of leading space powers.

For much of the half-century we refer to as ‘the space age’, rival powers have displayed a significant degree of restraint in their activity in outer space despite an ongoing competition between them. This situation is primarily thanks to one of the great, if now largely unsung, diplomatic accomplishments of the 20th century: the Outer Space Treaty of 1967 (with its 107 states parties). This treaty established a unique status for outer space as a “global commons” over which no claim of sovereignty or national appropriation would be allowed. Furthermore, the treaty specifies that activity in space should be “for peaceful purposes” and “for the benefit and in the interests of all countries”. This peaceful orientation was reinforced by the treaty’s prohibition on stationing weapons of mass destruction in outer space as well as its ban on any militarization of the moon and other celestial bodies. A distinct air of international cooperation is evident throughout the treaty. It includes provisions for observation of space launches, visits to installations in space as well as reporting to the public and the international scientific community on the results of space activity.

Perhaps the best manifestation of this cooperative spirit is the International Space Station with its multi-national crew. At the same time, this cooperation is under a major assault in other fields of space activity. Indeed, in recent years unilateral assertions that outer space has become “a war-fighting domain”, in which the pursuit of military “dominance” is the crucial objective, have become more prominent. However, the vast majority of states continue to maintain that an arms race in outer space should be prevented. Moreover, since the early 1980s, they have voiced that conviction in an annual resolution adopted by the UN General Assembly by a wide margin (only the US and Israel have voted against the most recent iteration of this resolution).

This resolution supports the legal regime set out in the Outer Space Treaty but expresses the need “to consolidate and reinforce that regime and enhance its effectiveness”. It calls for “further measures” to prevent an arms race in space and enjoins states “to refrain from actions contrary to that objective”.  The resolution explicitly calls for further measures to prevent “the weaponisation of outer space” (the Outer Space Treaty prohibits only Weapons of Mass Destruction, but it is silent on other types of weaponry).

The vast majority of states continue to maintain that an arms race in outer space should be prevented.

Despite the clear policy direction from the international community,  progress in realising these goals has been meagre to date. The Conference on Disarmament – the 65-nation forum in Geneva that is supposed to be the UN’s venue for the negotiation of multilateral arms control and disarmament agreements – has been moribund for over 20 years. It remains trapped in a Gordian knot produced by its consensus rule constraint which effectively allows any state to veto any decision. This situation has been detrimental for any official work on the CD’s agenda item on outer space security. The forum has only been able to engage in ad hoc “informal” discussions on space which go nowhere. The CD was also the chosen venue for the one major treaty proposal on space security developed in the last decade – the Sino-Russian draft treaty on the Prevention of Placement of Weapons in Outer Space (better known by its acronym PPWT). Given the CD’s gridlock, no sustained work has been done on this draft, although it has attracted severe criticism from the US.

States that are looking for more viable avenues for space security diplomacy have tried several other options. The EU initiated in 2008 a promising International Code of Conduct on Outer Space Activities. This initiative “failed to launch” in 2015 after encountering stiff opposition from the BRICS grouping of states which insisted that any such negotiation would have to be conducted under a UNGA mandate.

The work of a UN Group of Governmental Experts was more productive. It looked at Transparency and Confidence Building Measures for outer space and produced in 2013 a consensus report recommending a menu of such measures. The geopolitical climate was already starting to deteriorate at that time, and little take-up by states of the GGE’s recommendations has occurred.

Recommended: Facing the Biggest Challenges of Our Generation

A further Group of Governmental Experts examining possible legal elements of an agreement to prevent an arms race was established in 2018-19. Yet it was unable to release a report due to the last-minute opposition of the United States representative. The UN’s Committee on Peaceful Uses of Outer Space, an 89-member state forum in Vienna, achieved an agreement for a set of voluntary guidelines regarding the sustainability of space activity, although both the body and the guidelines eschew space security matters.

So, at a time when arguably developing diplomatic alternatives to a rising chorus preparing for space warfare should be a priority task, the current international scene is devoid of initiative.

Canada,  once a champion of the non-weaponization of space and originator of several constructive proposals for confidence-building measures, has been missing in action for a decade. The EU having fumbled its International Code of Conduct, shows no sign of wanting to pick up the ball again. Our use of and dependence on space is growing exponentially, and yet we see scant activity to preserve this unique, benign environment from human-made threats.

Irresponsible state conduct in outer space could be devastating for their business, not to mention humanity’s well-being.

Although I believe it is incumbent on the states that are parties to the Outer Space Treaty to uphold its provisions and defend its goal of international cooperation, not confrontation, in outer space, their inaction may spur other non-governmental stakeholders to come forward. As we are witnessing in a parallel realm of cybersecurity, the private sector and civil society are becoming more active on policy and security issues. They recognize that irresponsible state conduct in outer space could be devastating for their business, not to mention humanity’s well-being. It will require more consistent advocacy; however, on the part of such stakeholders if peaceful access to and operations in outer space are to be preserved.

This blog follows from the conference ‘Speeding towards the Abyss: Contemporary Arms Racing and Global Security’, organised by CIPS and the Canadian Pugwash Group.