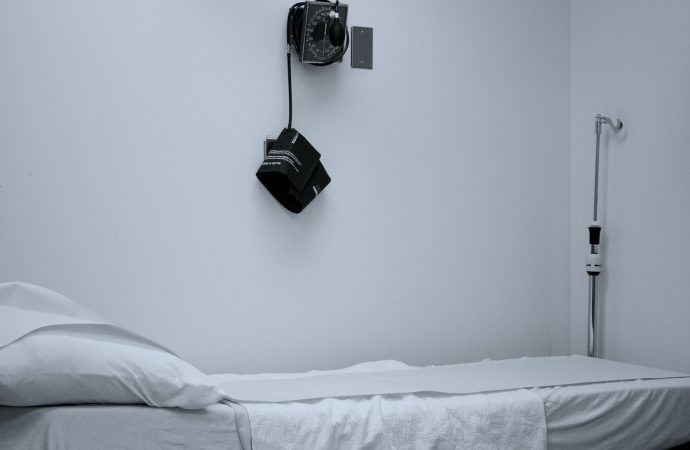 Two prominent umbrella groups of Canadian development organizations – CCIC and CanWaCH – recently launched a COVID-themed campaign to drum up support for Canadian foreign aid. In doing so, they have embraced a nationalistic, threat-based case for aid that verges on xenophobia, reinforces outdated stereotypes and risks undermining foreign aid. The URL sums up their core message: AidHelpsCanada.ca.

The opening words on the campaign’s web page exhort readers in large bold letters to “Fight for Canada, around the world”. The website warns that “Canadians are at risk” and bases its business case primarily on the need to “protect Canadians at home” and “keep Canadians safe”. You would expect such militaristic language from the Department of National Defence, but in a civil society-led campaign in support of foreign aid?

“A coordinated effort can help prevent new waves of COVID-19 from returning to Canada”, we are told. Three times the website states that “viruses don’t need passports to cross borders”. Such statements make it sound like we will soon eradicate the virus in Canada, which is unlikely to come true, and that any new wave of infections will come from visitors from abroad, rather than be a result of inadequate preventive measures at home. Foreigners and foreign countries are thus presented as threats to Canadians and Canada.

This is a dangerous and xenophobic way of framing the global pandemic. The “Canada First” perspective also undermines traditional arguments in favour of our aid program, such as international solidarity, a sense of common humanity, and our obligations under international human rights and humanitarian law.

If Canadians should care about foreign aid mainly because it benefits us and protects us from foreign threats, why should we support initiatives that have no impact on our own security or well-being? Why care about female genital mutilation in Ethiopia or gender equality in Bangladesh? The “Canada First” framing risks undermining support for a broader range of aid activities, both now and in the future. It is also hard to square with the feminist approach that Canada’s aid program has so visibly championed.

Some of the campaign’s images and tropes could be seen as appallingly colonial. The first picture (with the telling file name of “hero.png”) is of a young woman in a lab coat closely interacting with some black children. If this is about COVID, why is she not wearing her mask and practising physical distancing? The second photograph prominently features a mask-less middle-aged white woman, also in a lab coat, apparently vaccinating an Asian girl. The text that accompanies a third image, reproduced above from a recent campaign-related tweet, also celebrates “Canadian heroes”, described as “needed… around the world”. Why are these civil society organizations reproducing the long discredited developed-country “saviour” narrative of international cooperation?

Over the past decade, around the world, donor governments have become more openly self-interested in their foreign aid programs. For instance, in 2012, Minister of International Cooperation Julian Fantino stated that “Canadians are entitled to derive a benefit” from Canadian aid to developing countries.

Civil society organizations have historically opposed governments’ evocation of naked self-interest as a justification for foreign aid, or at least tried to counterbalance it. They also reminded us that official development assistance, by definition, must have “the economic development and welfare of developing countries as its main objective” and that Canadian law stipulates that Canadian aid must be “provided with a central focus on poverty reduction”.

Other than making the sources of infection seem solely foreign, most of what the COVID-related campaign website states is technically accurate. And it does recommend that Canada “provide global leadership to help the world emerge stronger”.

However, it cedes important ground to self-interested perspectives. When the website does invoke altruism, it is only in passing and as a side benefit. For instance: “When Canada provides international help, we not only help others, but we help ourselves” and “It’s not just the right thing to do. It’s the smart thing to do”. The relationship is even reduced to a “simple” equation: “Helping the world = Helping Canada”.

Civil society organizations often struggle with how to garner support from the Canadian public for foreign aid. Child sponsorship is highly effectively in getting Canadians to loosen their purse strings, but it favours band-aid solutions and promotes a paternalistic approach. It also does nothing to educate Canadians about the root causes of poverty and how to tackle them.

The current campaign takes a different tack, but one that is equally problematic. Though no doubt well intentioned, it is a strategic mistake. Its evocation of Canadian nationalism and the saviour complex reinforces the mental divide between “us” and “them”. Its language panders to and even stokes Canadian fears of the developing world as a threat, and hinders a better understanding of global development challenges. As a result, it encourages future support for aid to be contingent on how menacing problems abroad are for Canada.

There is no simple story to tell to “sell” foreign aid to Canadians. However, a more nuanced case on how self-interest and altruism can align would be more productive than xenophobic fearmongering and heroic mythmaking. The fact is that Canada does benefit from a peaceful, prosperous and healthy world. Self-interest properly understood goes far beyond patriotic exhortations to use foreign aid to “fight for Canada, around the world”.

This post was originally published on the The McLeod Group Blog