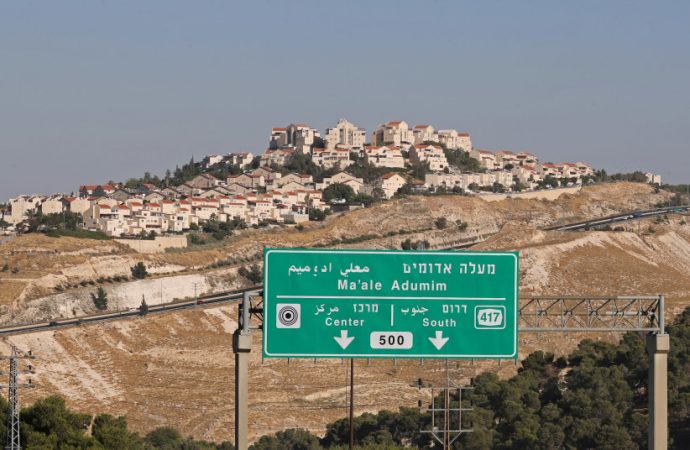 It’s mid-July, two weeks after what many in the international media believed was Israel’s start date for the annexation of large parts of the West Bank.

Many commentators, including me, tried to predict the next move by Israeli Prime Minister Benjamin Netanyahu, enabled by the mercurial U.S. President Donald Trump, to incorporate land in the occupied West Bank formally into Israel.

There was good reason to believe the annexation would happen.

First, Netanyahu had made numerous promises to his right-wing supporters that he would do it.

Second, the coalition government that came to power following a third, nearly inconclusive election in March was predicated on an agreement that all major parties would work together on the annexation file.

Third, the Trump-Netanyahu team had already moved to recognize Israel’s annexation of East Jerusalem  and the southern Golan Heights, both occupied by Israel during the Six-Day war in 1967.

However, the first of July came and went, and no official announcement of annexation came. What happened? What does it mean for the future of Israel and Palestine?

Recommended: Canada lost its bid for a UN Security Council seat. That’s a blessing in disguise

Met with resistance in Israel

While there is good reason why Netanyahu would have been motivated to move as quickly as possible on annexation, there’s been quite significant resistance to annexation, particularly from the mainstream Israeli military and security community.

Although not all of the reasoning behind the resistance has been made public, we can extrapolate at least four main reasons.

First, if annexation were to take place, it would inevitably complicate relations with the Sunni Gulf monarchies, mainly Saudi Arabia and the United Arab Emirates, that have been gradually cementing an informal alliance with Israel revolving around their mutual hostility towards Iran.

The rulers of the Sunni kingdoms may not care much for the Palestinian cause or the fate of the Palestinian people, but they’re aware of the appeal this cause has among their general populations.

Second, annexation would certainly rile one of Israel’s most important local security partners, the Hashemite Kingdom of Jordan. While King Abdullah II has always played a delicate game of balance between Israel, the United States and the rest of the Arab world (including a Jordanian population that is approximately 50 per cent Palestinian), he’s been unequivocal on the West Bank annexation issue.

Indeed, according to an official announcement on behalf of the palace, in a recent briefing to the U.S. congressional leaders, Abdullah “warned that any unilateral Israeli measure to annex lands in the West Bank is unacceptable and undermines the prospects of achieving peace and stability in the region.”

Given Jordan’s close intelligence relationship with both Israel and the U.S., its role as a buffer between Israel and the turbulent politics of Iraq and Syria and its astonishing ability to house genuinely vast numbers of refugees (reducing pressure on Israel), the king’s concerns are likely to carry significant weight.

Third, because the American presidential election is only months away and Trump appears even less likely to win re-election than at any time before, Israel faces the prospect of dealing with a relatively more hostile government if Joe Biden wins the election.

What would a President Biden do?

It’s important not to misunderstand this point, particularly given Biden’s long record of frequent overtures to Israel and animosity toward recognizing Palestinians as fully deserving of human rights.

However, in the context of hard-right internal Israeli political dynamics, even if Biden were to pursue a line similar to the lacklustre efforts of former president Barack Obama, there is at least the potential for friction.

It’s vital to them that hardline Israeli extremists do not gain too much ground, especially given their record of terrorism that includes the assassination of a prime minister along with various attacks on civilians. The military/security establishment will want to maintain its strategic advantage over the Palestinians in the Occupied Territories with as little drama as possible.

A swift move to annex the West Bank could trigger unpredictable outbursts from both groups. And such a situation could escalate rapidly.

Of course, Netanyahu remains at the centre of decision making, and he has proven to wax and wane politically according to what ever serves his survival.

In this case, Netanyahu is doing what he does best, exploiting the grey area between two different commitments to his strategic advantage: making promises to the hard right that he will annex the West Bank while at the same time shying away from so doing in order to mollify the mainstream establishment.

So is annexation no longer happening? We cannot say for sure because we don’t know what Netanyahu will do if any of the factors in this complicated balancing act shift suddenly.

And with the prime minister’s tenure in office running out in just over a year, according to a deal with former political rival Benny Gantz and the pressure from both a second wave of COVID-19 and an ongoing corruption trial, Netanyahu may begin to act erratically in an effort to cling to power.

For now, only one discouraging fact is clear. The fate of the West Bank and millions who live there, at least in terms of annexation, won’t have anything to do with the will or civil rights of any Palestinians.

This article was first published in The Conversation

Looking ahead to the Canadian Association for Security and Intelligence Studies Annual Symposium (November 3 – 5, 2021) Greg Fyffe argues that: "Every Conversation About the Threat Environment is Important" https://www.cips-cepi.ca/2021/10/26/every-conversation-about-the-threat-environment-is-important/

Another retweet of one of our shortlisted blogs... this is such a great opportunity to revisit these fascinating ideas! VOTE! 🗳️🗳️🗳️ https://www.cips-cepi.ca/2021/10/13/public-voting-now-open/

Join us on Nov 9 @ 1pm for a book launch with Andrew Gilbert:

International Intervention and the Problem of Legitimacy

Using the case of Bosnia and Herzegovina, he will discuss the unpredictable nature of international intervention.