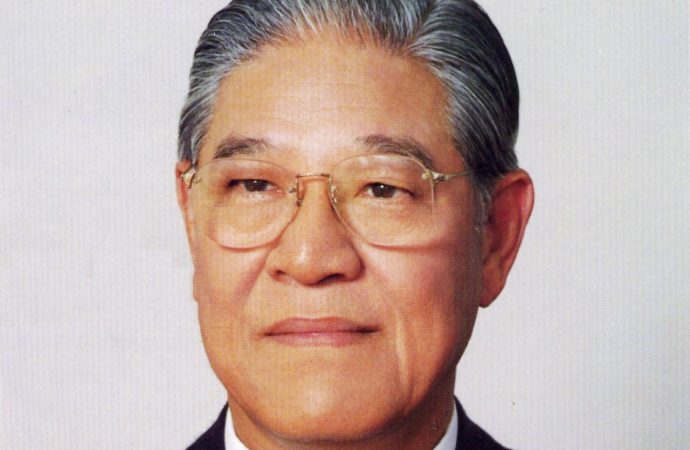 The Taiwanese mourn their former president Lee Teng-hui, who died at the age of 97 this July 30. Lauded as “Mr. Democracy” by his fellow citizens, he stood among those extremely rare politicians. They, like Mikhail Gorbachev, were trained in an authoritarian system but set out to undermine it from within, driven by their deeply held democratic convictions.

Unlike his Soviet counterpart, however, President Lee has succeeded in his gamble, and Taiwan has become one of the most consolidated democracies in Asia, if not the world, at a time when so many countries are facing rising populism. Better still, Lee also saw the Taiwanese economy continue to prosper as he presided over the country’s emergence from dictatorship. Above all, Lee was widely credited with enhancing Taiwan’s national identity and hated by his enemies for the same reason.

Appointed Vice-President by President Chiang Ching-kuo, who had succeeded his father, Generalissimo Chiang Kai-shek, in 1978, Lee assumed the presidency in 1988 after Chiang’s sudden death. After ensuring that he controlled all the levers of power, Lee took a series of historic decisions that disarmed his opponents within the party: In response to the “Wild Lilies” student movement advocating democratic reform in 1990, and in contrast to the leadership in Beijing in 1989, he convened a series of constitutional conferences that gradually dismantled the institutions of the authoritarian regime, which maintained the untenable fiction that Taiwan’s institutions represented a billion Chinese. The constitutional reforms stipulated that the president would be chosen by universal suffrage: Lee won hands downagainst his three opponents in the 1996 presidential election, with voters going to the polls en masse despite Chinese intimidation attempts, which included missile launches near Taiwan.

In the 2000 presidential election, Lee was blamed for the defeat of candidate Lien Chan for the Nationalist Party of China (Kuomintang, or KMT) to Chen Shui-bian for the Progressive Democratic Party. After his expulsion from the KMT one year later, Lee encouraged the formation of a new political formation, the Taiwanese Solidarity Union. The national affirmation of Taiwan remains Lee’s second historical contribution. During his presidency, he had already recognized the validity of the movement for Taiwanese sovereignty through sharp symbolic gestures, such as the solemn atonement for the massacre of Taiwan’s elite by KMT soldiers on 28 February 1947, making that date a public commemoration. He consistently promoted a civic nationalism based on citizenship rather than ethnicity, thereby defusing fears that the majority population would turn against the minority coming from China after 1949 after it gained the capacity to do through the ballot box.

Lee’s contribution extends beyond the shores of Taiwan. For those Chinese with a historical memory – always difficult to cultivate when one considers that the massacre against the students gathered in Tiananmen Square was erased from history books as if it had never existed – the slogan of calling on “Mr. Democracy” and “Ms. Science” to save China represented the ideal of a republican and democratic movement that never managed to take root on the soil of their country between 1911 and 1949. In 1949, the Communist Party of China under Mao rejected constitutionalism as a “bourgeois democracy” while Chiang Kai-shek stifled it in Taiwan by proclaiming martial law, which was not lifted until 1987. Lee’s successful democratic transition in Taiwan demonstrated to the Chinese in the People’s Republic of China that Chinese culture is not necessarily incompatible with democracy.

Lee Teng-hui has facilitated the democratic transition and guided Taiwan on the road to self-determination. As soon as he left power – his reforms limited the presidency to two terms – Lee was relentless in his criticism of the KMT, seeing it as a foreign occupying force from the moment its army took control of Taiwan in 1945. By promoting a policy of cautious openness towards China that required China to respect Taiwan as its equal, he was promoting Taiwan’s de facto independence. In the face of the Communist Party of China’s intransigence, which subjected him to public shame, Lee stopped proposing the idea that unification between mainland China and Taiwan would be possible if the former becomes a democratic upholding the rule of law and devoted himself to promoting Taiwan’s self-determination by ceaselessly and always encouraging its democratic consolidation.