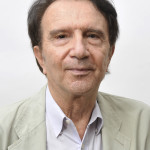 Free. In French. Registration is not required. Seating is limited and available on a first come, first served basis.

Maritime disputes in East Asia constitute a breeding ground for severe tensions in that region where the interests of numerous actors intersect. Legitimizations based on historical grounds are exploited, as are many other issues that serve to bolster diverse nationalisms. The escalation of conflicts is not hypothetical; it can occur by bypassing the rationality of the involved states’ assertive behaviour. A confrontation between China and the United-States could paradoxically take place against the will of both actors.

Gérard Hervouet is Professor in the Department of Political Science at Laval University. Director of the Studies and Research Group on Contemporary Asia, he was few months ago the Director of the Program for Peace and Security Studies at the Institut des Hautes Études Internationales. He is also a member of the Board of this Institute. He is presently the Director of the Groupe d’Études et de Recherche sur l’Asie Contemporaine. He has just completed his term as a member of the Board of Governors of the Royal Military College in Kingston He is presently a member of the Board of Directors for the Canadian Association for Security and Intelligence Studies (CASIS). He also was President of the Canadian Consortium on Asia-Pacific Security. As a Professor and Fellow, he has taught in many universities in Asia and Europe. In Asia, he taught, among many other countries, in China, Japan, and South Korea. His main expertise is on regional security in North-East and South-East Asia. He is also doing research on terrorism and asymmetric conflicts. He is regularly interviewed by francophone medias throughout Canada on Asia security issues. Gérard Hervouet has published and edited many books and articles.