The Use of Force, Rule of Law Restraints, and Process: Unfinished Business for the Responsibility to Protect Concept 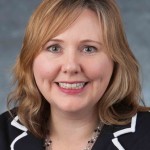 Presented by the International Law Group of the Faculty of Law and CIPS.
Free. In English. Registration is not required. Seating is limited and available on a first come, first served basis.

2005 saw the endorsement of the principle that every state, as well as the international community, has a “responsibility to protect” its populations from the mass atrocity crimes of genocide, war crimes, ethnic cleansing and crimes against humanity. In spite of this, many states still have concerns with this principle, especially when its implementation involves the use of force. In this presentation, based on a chapter in the forthcoming work, Hilary Charlesworth, et al, Strengthening the Rule of Law through the UN Security Council (Cambridge University Press, 2014), Joanna Harrington examines the proposal made by Brazil, after the Libya intervention of 2011, to combine a concept of “responsibility while protecting” with the existing concept of a responsibility to protect. Reference will also be made to the UN Secretary-General’s 2012 report on the third pillar of the three-pillar strategy for implementing the responsibility to protect, with a view to distilling the guidance to be gleaned from the discussions that have been inspired in large part by the Brazilian initiative. The chapter suggests that there are possible benefits to be gained from undertaking procedural reforms and that because procedural reform has the potential to enhance the perceived legitimacy of the UN decision-making process, it should not be overlooked in future attempts to develop the responsibility to protect concept.

Joanna Harrington is a Professor in the Faculty of Law and an Associate Dean in the Faculty of Graduate Studies and Research at the University of Alberta. She holds a B.A. from the University of British Columbia, a J.D. from the University of Victoria, and a Ph.D. in Law from the University of Cambridge, where she was a Tapp Scholar. From 2006-2008, she served as the Scholar-in-Residence with the Legal Affairs Bureau of Canada’s then Department of Foreign Affairs and International Trade, representing Canada at international negotiations at the United Nations, the Organization of American States, and the Assembly of States Parties to the Rome Statute of the International Criminal Court. Her consultancy experience includes work with the British Council, the Canadian Human Rights Commission, the United Nations Development Programme, and the former Judicial Studies Board of England and Wales (now the Judicial College). Before becoming a legal academic, she served as the legal officer to a member of the British House of Lords during the first term of the Blair Administration.