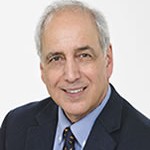 Mr. Michael Lynk is an Associate Professor at the Faculty of Law, Western University, in London, Ontario. He joined the Faculty in 1999, and has taught courses in labour, human rights, disability, constitutional and administrative law. He served as Associate Dean of the Faculty between 2008-11.

Professor Lynk has also taught labour law courses at the University of Ottawa, Carleton University and Victoria University of Wellington (New Zealand). He is a native of Halifax, and a graduate of Dalhousie University (LL.B.) and Queens’ University (LL.M.). Before becoming an academic, he practiced labour law in Ottawa and Toronto for a decade. Professor Lynk is a vice-chair with the Ontario Grievance Settlement Board, and has served as a vice-chair with the Ontario Public Service Grievance Board. He has written widely on the issues of labour law and human rights in the unionized Canadian workplace, and is a frequent speaker at industrial relations and labour law conferences across the country.

This presentation is in English and open to the public.