The Strategic Constitution: Understanding Canadian Power in the World 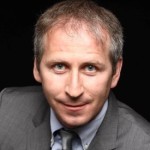 Presented by CIPS and the Institute for 21st Century Questions.

Free. In English and French. Registration is required. Seating is limited and available on a first come, first served basis. A reception will take place. Copies of the book will be available for purchase at the event

Historically, Canada’s Constitution has been principally viewed as a federal framework or a rights bulwark. Its framers did not intend for Canada to be a major player in the world and worldly matters were barely mentioned in constitutional documents. This book offers a brand new interpretation. The “Strategic Constitution,” as proposed by Irvin Studin, is a framework for understanding Canada’s capacity to project strategic power in the world.

Irvin Studin is the President of the Institute for 21st Century Questions, and also Editor-in-Chief and Publisher of Global Brief magazine. He is the co-founder of Ukraine’s Higher School of Public Administration (Kiev) and Professor in Russia’s Academy of National Economy and Public Administration (Moscow). Between 2009 and 2014, he was MPP Program Director and Assistant Professor in the School of Public Policy and Governance, University of Toronto. In 2012, he was Visiting Senior Fellow at the Lee Kuan Yew School of Public Policy, National University of Singapore. He worked for a number of years in the Privy Council Office (Prime Minister’s department) in Ottawa, as well as in the Australian Department of the Prime Minister and Cabinet in Canberra. The first ever recruit of the Canadian government’s Recruitment of Policy Leaders programme, he was a member of the team that authored Canada’s 2004 national security policy. He was the principal author of Australia’s 2006 national counter-terrorism policy. Studin lectures around the world in a number of languages and has written for publications ranging from the Financial Times to Le Monde, the Globe and Mail, Le Devoir and the Straits Times.