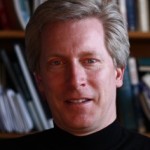 Presented by CIPS.
Free. In English. Registration is not required.

Frank Harvey is Professor of International Relations at Dalhousie University. He has published numerous articles in various outlets and is the author of The Homeland Security Dilemma: Fear, Failure and the Future of American Insecurity (Routledge, 2008), Smoke and Mirrors: Globalized Terrorism and the Illusion of Multilateral Security (University of Toronto Press, 2004) and Using Force to Prevent Ethnic Violence: An Evaluation of Theory and Evidence (with David Carment, Praeger, 2001), as well as of half a dozen other books. His current research interests include globalized terrorism, unilateral vs. multilateral security, proliferation, U.S. and Canadian foreign, security and defence policy, NATO military strategy and third-party intervention into ethnic disputes, peacekeeping and humanitarian intervention.