A World in Flux: Foreign Policy Options for the Next Canadian Government

The 2021 Federal Election takes place in an international climate of continued turmoil and uncertainty. Foreign policy is rarely a vote winner, but the COVID-19 pandemic is a stark reminder that in a globalized world our daily life — our jobs, safety and wellbeing — is intimately connected to international events and politics. How can the next Canadian government design a foreign policy that is fit for purpose in a turbulent, multipolar world order? What will the emerging ‘Biden doctrine’ mean for the Canada-US relationship? How should Canada deal with China? What does the rise of populism and authoritarianism mean for Canada? These are some of the pressing questions our panelists will consider in this debate on the foreign policy challenges and opportunities for Canada’s next government.

Senator Peter M. Boehm – A native of Kitchener, Ontario, Peter M. Boehm was appointed to the Senate of Canada in October 2018. He is currently the Chair of the Senate Standing Committee on Foreign Affairs and International Trade. A former career foreign service officer, he has served as Ambassador to Germany, Minister at the Embassy of Canada to the United States, as well as Ambassador to the Organization of American States, among other foreign postings. He is a former Deputy Minister of International Development, Senior Associate Deputy Minister of Foreign Affairs and Assistant Deputy Minister for the Americas, North America and Consular Affairs. He served several Prime Ministers as their Personal Representative or “Sherpa” for the G8 and G7 Summits, as well as for the Summits of the Americas and Nuclear Security Summits. Most recently, he was the Deputy Minister and Personal Representative of the Prime Minister for the G7 Summit, held in Québec in June 2018. Peter Boehm holds a PhD in History from the University of Edinburgh, a Master of Arts in International Affairs from the Norman Paterson School of International Affairs and an Honours Bachelor of Arts degree from Wilfrid Laurier University.

Andrea Charron is Director of the University of Manitoba’s Centre for Defence and Security Studies and Associate Professor in political studies.

Bessma Momani is Interim Associate Vice President, Interdisciplinary Research and Full Professor of Political Science at the University of Waterloo, Senior Fellow at the Centre for International Governance Innovation (CIGI), and a Non-Resident Fellow at the Arab Gulf States Institute in Washington, D.C. She was interim Assistant Vice-President, International at the University of Waterloo, a Non-Resident Senior Fellow at both the Brookings Institution and Stimson Center in Washington, D.C., a consultant to the International Monetary Fund, and formerly a visiting scholar at Georgetown University’s Mortara Center. She was a 2015 Fellow of the Pierre Elliott Trudeau Foundation and now sits on its board of directors. She is also a Fulbright Scholar. Dr. Momani currently sits on the National Security Transparency Advisory Group (NS-TAG) to advise the Deputy Minister of Public Safety Canada and other Government officials on improving transparency to Canada’s national security and intelligence departments and agencies. She is a frequent contributor to international media on international affairs and writes regular op-eds in the Globe and Mail and Time Magazine. 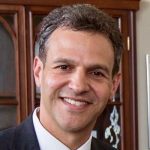 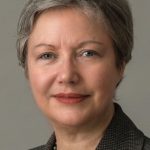 Madelaine Drohan is a senior fellow at the Graduate School for Public and International Affairs, University of Ottawa. She is an award-winning writer, editor, trainer and veteran journalist. During her career, she covered business and politics in Canada, Europe, Africa and Asia, culminating with a 13-year stint as Canada correspondent for The Economist. She is the author of The 9 Habits of Highly Successful Resource Economies: Lessons for Canada, a 2012 research report for the Canadian International Council. Her book, Making a Killing: How and why corporations use armed force to do business, was published by Random House in Canada and The Lyons Press in the US. It won the Ottawa Book Award and was short-listed for the National Business Book of the Year. Her fellowships and awards include the Reuters Fellowship at the University of Oxford (1998), the Hyman Solomon Award for Excellence in Public Policy Journalism (2001), the Chumir Foundation for Ethics in Leadership media fellowship (2004-2005) and the Prime Ministers of Canada fellowship (2015-2016). She has been a volunteer director for the North-South Institute, Transparency International Canada and Partnership Africa Canada, where she was also president.