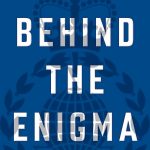 Professor John Ferris’s talk will touch upon his 2020 book: Behind the Enigma: The Authorised History of GCHQ, Britain’s Secret Cyber-Intelligence Agency.

For a hundred years GCHQ – Government Communications Headquarters – has been at the forefront of British secret statecraft. Born out of the need to support military operations in the First World War, and fought over ever since, today it is the UK’s biggest intelligence, security and cyber agency and a powerful tool of the British state.

Famed primarily for its codebreaking achievements at Bletchley Park against Enigma ciphers in the Second World War, GCHQ has intercepted, interpreted and disrupted the information networks of Britain’s foes for a century, and yet it remains the least known and understood of British intelligence services.

The event will be in English.

John Ferris is a Professor of History at The University of Calgary, where he also is a Fellow at The Centre for Military and Strategic Studies. He holds a PhD (1986) in War Studies, from King’s College, The University of London. He has published 5 books and 120 academic articles or chapters in books, on diplomatic, intelligence and military history, as well as contemporary strategy and intelligence. He comments in national and international media, on Canadian and American foreign and military policy, the wars in Iraq and Afghanistan, intelligence, and nuclear weapons.

Srdjan Vucetic is Professor at the Graduate School of Public and International Affairs. His research interests involve American and Canadian foreign and defence policy and international security. Prior to joining the GSPIA, Srdjan was the Randall Dillard Research Fellow in International Studies at Pembroke College, University of Cambridge.