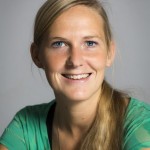 Presented by CIPS and the Security Studies Network

Islamic State has become notorious for its public displays of violence. Through slick, high-definition videos showing beheadings, immolations, and other executions, Islamic State has repeatedly captured the imagination of a global public, triggering intense emotional reactions. Simone Molin Friis examines the spectacle of violence created by Islamic State, arguing that — contrary to the public perception of Islamic State’s violence as exceptionally evil — the group’s public killings are not unprecedented phenomena, but rather contemporary versions of a distinct type of political violence that has been mobilized by various political agents throughout centuries. What is new about Islamic State’s choreographed violence, however, is the public visibility of the acts and the global nature of the spectacle that the group has created. Thus, if Islamic State is introducing a new dynamic into world politics, it is not a new form of violence, but rather a transformation of how such spectacles unfold on the global stage, including who controls when, where, and how violence is seen. Three aspects facilitating this global spectacle include technological skills and the professional use of media (technology), acts of violence that transgress prevailing sensibilities (transgression), and the visual manifestation of an alternative political order (politics).

This presentation is in English and open to the public.

Simone Molin Friis’ PhD project examines the relationship between political violence, visual politics, and power, focusing on the war against Islamic State. Her research interests include terror and media, Islamic State, execution videos, public spectacles, and the role of images in security politics.