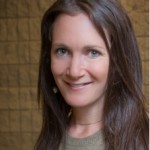 Independent voters now form the largest proportion of the American electorate, yet they remain misunderstood. Klar shows that the combative tone of politics stigmatizes Democrats and Republicans, driving people with clear partisan preferences to publicly identify as independent to avoid any political actions that could identify them as partisan. In this talk, Klar will present new evidence for how this phenomenon played out in the 2016 US Presidential Election.