International Criminal Law: Only for the Winners? 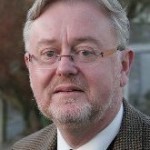 Presented by the Human Rights Research and Education Center and CIPS.
Free. In English. Registration is not required, but seating is limited and available on a first-come, first-served basis.

This event is part of the International Human Rights Speakers’ Series.