China-Japan Relations and the Consequences of Threat Inflation 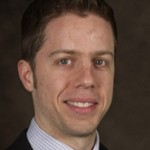 Free. Bilingual event. Registration is not required. Seating is limited and available on a first come, first served basis.

The relations between Asia’s two preeminent powers are at their worst since the establishment of diplomatic ties in 1972. The current dispute between China and Japan stems from competing territorial claims over a set of uninhabited islands as well as perceived attempts by Japan to whitewash certain episodes of its wartime history. Beijing’s increasingly assertive foreign policy and Japan’s refusal to compromise have led to greater risks of incidents, which could escalate and disrupt regional stability. Beijing is now accusing the Japanese government of returning to militarism, and Tokyo is increasingly concerned by the China’s foreign policy and the growth of its armed forces. Tensions are also reflected in public opinion, with a recent poll indicating that 90% of Chinese and Japanese citizens hold a negative opinion of each other. Are these mutual fears warranted? This public lecture will examine how threats are perceived in China and Japan as well as the consequences of these perceptions/misperceptions on bilateral relations and regional stability.

Benoit Hardy-Chartrand is a researcher at the Centre for International Governance Innovation (CIGI) in Waterloo, in Ontario, where he focuses on Asia-Pacific security issues. He has also been an associate researcher at the Raoul-Dandurand Chair at the University of Quebec in Montreal (UQAM) since 2010. Before joining CIGI, in 2012, he conducted research and was a Junior Fellow at the United Nations University in Tokyo, Japan. In 2009, Mr. Hardy-Chartrand was a visiting researcher at the Shanghai Institutes for International Studies (SIIS), in Shanghai, China, where he worked on China-North Korea relations and Beijing’s role in the North Korean denuclearization process. He obtained his Bachelor’s degree at the Université de Montréal and his Master’s degree at the University of Quebec in Montreal. He also studied at Yonsei University in Seoul, South Korea.