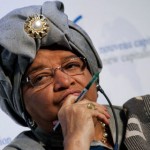 After 12 years and two terms as Liberia’s president, Africa’s first elected female head of state –  Ellen Johnson Sirleaf – will leave office in January 2018. President Sirleaf’s election in 2005 was widely heralded as a victory for women’s empowerment and her contributions to women’s rights were given the highest recognition with the award of the Nobel Peace Prize in 2011. Yet, President Sirleaf’s record is mixed. She is credited with having maintained peace and stability after 14 years of brutal armed conflict, but critics charge that she has not done enough to improve the condition of Liberian women, particularly their representation in high public office. There are, for example, fewer women members of the national legislature now than when she was first elected, and only four of her current 21 cabinet officials are women. During this year’s election cycle, the president wowed to campaign for women, while actively distancing herself from feminism by characterizing it as a form of ‘extremism’.  This panel takes the end of Sirleaf’s presidency as an entry point to discuss the legacy of Africa’s first woman president and also to reflect on the impact of women in high-level politics in Africa.

This event is co-sponsored by CIPS and the Africa Study Group.

Dr Robtel Neajai Pailey is a Liberian academic, activist and author of the anti-corruption children’s book, Gbagba. With 15 years of combined professional experiences in Africa, Europe and North America, Robtel has expertise in the political economy of development, migration, citizenship, conflict and post-war recovery, all with respect to Africa. Her scholarly and popular writing have been published in academic journals including African Affairs; edited book volumes including Leadership in Post-Colonial Africa: Trends Transformed by Independence; newspapers including the International New York Times; and magazines including New African. A graduate of SOAS, University of London, Oxford and Howard universities, Robtel currently serves as an Ibrahim Leadership Fellow at the African Development Bank in Abidjan, Côte d’Ivoire.

Professor Jane L. Parpart has taught at Dalhousie University in Canada, the London School of Economics, Gender Institute, the University of West Indies in Trinidad and is currently adjunct professor at the University of Massachusetts Boston, Carleton University and the University of Ottawa. She has published books and articles on gender and development in Africa, masculinities in international relations, gender in post-conflict settings and gender in urban life, with a focus on Bulawayo, Zimbabwe. She is currently involved in a project exploring gender, silence and power in insecure sites with Dr Swati Parashar and a book project with Dr Rebecca Tiessen on rethinking women, peace and security from a gendered perspective

Professor Rita Abrahamsen is the Director of CIPS, a Professor in the Graduate School of Public and International Affairs and an expert on African politics and security.