Race, Elitism and Empire in Anglo-American Wars from Korea to the War on Terror: A Critique of Liberal Internationalism 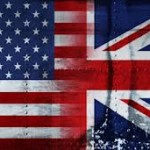 Presented by CIPS and the International Theory Network (ITN).
Free. In English. Registration is not required. Seating is limited and available on a first come, first served basis.

This lecture critically explores liberal internationalist accounts of Anglo-US power and order-building since 1945 and argues that they cannot explain either the past, present or future of the character and structure of world power. Liberal internationalist claims that the postwar period, a system explicable in its own terms and characterized by a ‘long peace’ and absence of war, is based on authentically-democratic core-states, founded on a rules-based order that also binds the hegemonic power, and inherently capable of embracing diversity and accommodating emerging powers, are critically examined. Rather than artificially dividing ‘core’ and ‘periphery’ in world order construction, an argument will be advanced as to the indivisibility and hierarchical, unequal, but complex, interdependence of both. The Korean War is used as a case study as it constitutes the crucible of postwar order-building and highlights many of its most salient features. It is argued that behind the inadequacy of liberal internationalist accounts lies a failure to recognise the racial, elitist and imperial foundations of Anglo-American power, in part because of the organic relationship of academia with the (Anglo) American state.

Inderjeet Parmar is professor of international politics at City University London, Chair of the AHRC Obama Research Network, and Past President of the British International Studies Association. Between 1991-2012, he was at the University of Manchester. He is the author of several books and articles, including Think Tanks and Power in Foreign Policy: A Comparative Study of the Role and Influence of the Council on Foreign Relations and the Royal Institute of International Affairs, 1939–1945, and his latest, Foundations of the American Century (Columbia UP, 2012). He is currently a Visiting Research Scholar at Princeton University, writing a monograph, Race and Empire in Anglo-American Wars from Korea to the War on Terror.