State Building and the Kurdish Issue in Postwar Iraq and Beyond 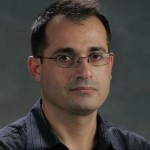 Presented by the Fragile State Research Network at CIPS.
Free. In English. No registration required. A light lunch will be served.

Mehmet Gurses has travelled to Iraqi Kurdistan twice in the last two years and conducted interviews with influential members of the Kurdish political elite. In addition he also spent months in Turkey conducting interviews with the leading members of the pro-Kurdish political party in Turkey together with informal talks with dozens of former PKK militants. He is currently an assistant professor of Political Science at Florida Atlantic University. He received his B.A. degree in political science and international relations from Marmara University in Istanbul, Turkey, and his doctorate from University of North Texas. His research interests include democracy and democratization, ethnic and religious conflict, post-civil war peace building, post-civil war democratization, oil and democratization, and the emergence and evolution of the Islamist parties in the Middle East. His publications have appeared in International Interactions, Social Science Quarterly, Civil Wars, Defense and Peace Economics, Democratization, Nationalism and Ethnic Politics, International Journal of Human Rights, and International Studies Perspectives.