The Israeli “One State/Two States” Alternatives and their Consequences 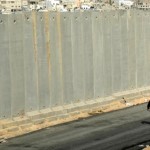 Presented by the CIPS and the Middle East Policy Series.
Free. In English. Registration is not required. Seating is limited and available on a first come, first served basis.

Israeli Prime Minister Benjamin Netanyahu won re-election in March 2015 thanks to a last minute pledge that the Palestinians would never get a state so long as he was in power. After the election, he tried to walk this back but the Palestinians aren’t buying it. The one state/two state options will determine the Palestinians fate as a people; so will it that of the Israelis. The arguments are full of pros and cons.

Dan Kurtzer is a long time Middle East hand and close adviser to American presidents, Bill Clinton and Barak Obama. He has served as American Ambassador to Egypt and Israel. He currently holds a chair in Middle East Policy at the Woodrow Wilson School at Princeton University where he remains active in the formulation of American policy.

Rex Brynen is Professor of Political Science at McGill University where he has written extensively on Palestinian issues. Over decades he has served as adviser to both Canadian And American governments respecting Middle East Policy.