The US Elections: Implications for Canada

Video of webinar is available here:

Join us for a discussion with an outstanding panel of experts who will be analyzing the American elections held on Nov. 3 and the wide-ranging and complex implications for Canada, including trade, climate change and the environment, energy and pipelines, defence, international organizations, relations with China, border issues, and immigration and refugee policies.

Sarah Goldfeder is a Principal at the Earnscliffe Strategy Group in Ottawa and a fellow at the Canadian Global Affairs Institute. She provides high-level insight on the inner workings of the U.S. and Canadian governments, including how they work together on important issues. With 15 years of experience in the U.S. federal government, Sarah most recently served as Special Assistant to two U.S. Ambassadors to Canada, fostering bilateral relationships at the most senior levels. Her understanding of the interplay between state and federal governments complements her service within the U.S. federal bureaucracy. She has expertise in a wide range of policy issues, which has enabled her to provide practical short and long-term advice on managing the economic, cultural and political dynamics in North America. 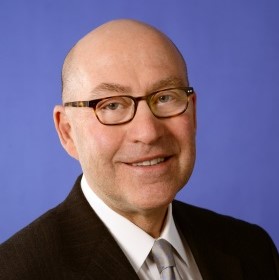 David Jacobson became Vice Chair of BMO Financial Group in October 2013. Prior to joining BMO, Mr. Jacobson served as the 22nd United States Ambassador to Canada, holding the role from 2009 to 2013. As Ambassador, he worked to expand the bilateral trading relationship between the United States and Canada, raising it to the highest level between any two countries in history. Prior to joining government service, Mr. Jacobson was a corporate lawyer in Chicago. Mr. Jacobson is involved in a number of civic activities. He was appointed by President Obama to the Board of Trustees of the Woodrow Wilson International Center for Scholars. He also sits on several civic boards, including the United States Chamber of Commerce, the National Archives Foundation, and the Chicago Council on Global Affairs.

A former Canadian diplomat, Colin Robertson is Vice President and Fellow at the Canadian Global Affairs Institute and hosts its regular Global Exchange podcast.  He is an Executive Fellow at the University of Calgary’s School of Public Policy and a Distinguished Senior Fellow at the Norman Paterson School of International Affairs at Carleton University. He is an Honorary Captain (Royal Canadian Navy) assigned to the Strategic Communications Directorate. He is a member of the Department of National Defence’s Defence Advisory Board. During his foreign service career, he served as first Head of the Advocacy Secretariat and Minister at the Canadian Embassy in Washington, Consul General in Los Angeles, as Consul in Hong Kong, and in New York at the UN and Consulate General. A member of the teams that negotiated the Canada-US FTA and then the NAFTA, he is a member of the Deputy Minister of International Trade’s Trade Advisory Council and the North American Forum.

Debra Thompson is an Associate Professor of Political Science at McGill University. She is a leading scholar of the comparative politics of race, with teaching and research interests that focus on the dynamics of racial inequality in democratic societies. Dr. Thompson’s award-winning book, The Schematic State: Race, Transnationalism, and the Politics of the Census (Cambridge University Press, 2016) is a study of the political development of racial classifications on the national censuses of the United States, Canada, and Great Britain. Her research has also appeared journals such as in the Canadian Journal of Political Science, South Atlantic Quarterly, Social and Legal Studies, and Ethnic and Racial Studies, among others. Dr. Thompson previously taught at the University of Oregon and Northwestern University, and held a SSHRC postdoctoral fellowship with the Center for American Political Studies at Harvard University in 2010-2011.

Roland Paris is Professor of International Affairs in the Graduate School of Public and International Affairs at the University of Ottawa, founding director of the Centre for International Policy Studies (CIPS), and former foreign and defence policy advisor to the Prime Minister of Canada. He is also an Associate Fellow of the Royal Institute of International Affairs (Chatham House). He has held several positions in the Canadian government, including senior advisor on global affairs and defence to the Prime Minister. Professor Paris is an editorial board member of seven scholarly journals. He has served on the board of directors of several organizations, including the World University Service of Canada and the Academic Council on the United Nations System, and he provides regular analysis and commentary on international affairs for national and international media.