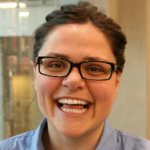 Presented by the CIPS and the International Theory Network.
Free. In English. Registration is not required. Seating is limited and available on a first come, first served basis.

Listen to the Podcast:

Under what conditions do states shift inconsistently between acts of cooperation and conflict that is, engage in volatile foreign policy behavior? Even fierce rivals such as India and Pakistan often alternate inconsistently between military clashes and bilateral trade or security agreements. Yet IR studies often overlook volatility in foreign policy, focusing instead on what makes relations either more cooperative or more conflictual. This talk will present a theory of volatility in foreign policy behavior that hinges on the interaction between dynamics unfolding both at the domestic and the international level: the unbridled competition among domestic groups to rip off the benefits of certain foreign policy paths and a state’s relative power superiority.

Eleonora Mattiacci is the Karl Loewenstein Post-Doctoral Fellow in the Department of Political Science at Amherst College. Her research focuses on the determinants of volatile foreign policy behavior, with a specific focus on climate change and nuclear proliferationation.