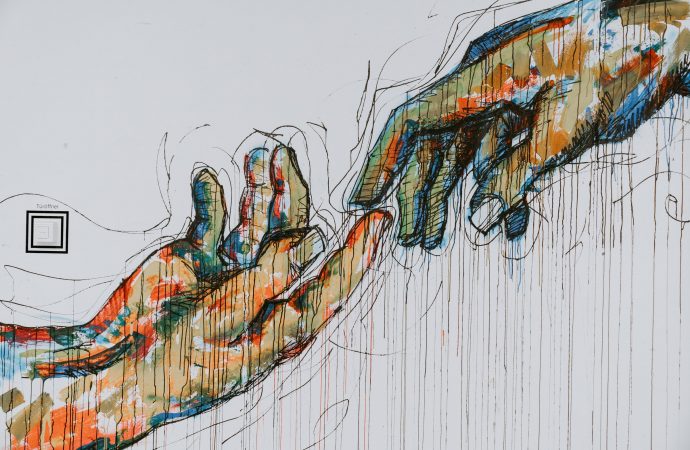 In the early 1960s, a scholar named John Burton sought to challenge realist theory related to the resolution of conflicts.  Burton, who had formerly been a high-ranking Australian diplomat, sought other ways to address deep-seated conflicts than through the application of power to either force a resolution or have one side ‘win’ and thereby end the fighting.

Drawing on advances in social science, Burton wondered if a new kind of dialogue, designed to assist participants in jointly uncovering and exploring underlying aspects of the conflict might be possible.  Burton believed that it would be useless to engage officials in these dialogues, as they seek to advance and defend positions in a zero-sum bargaining exercise.  Instead, he sought ‘influentials,’ people close to power, but not the direct decision-makers.  He believed that these people could have a discussion informed by official policy but not constrained by it; they would have the intellectual freedom to develop new ideas, but the connections to take them back to those in power.

Burton developed a set of facilitation techniques designed to shift the discussion away from bargaining and towards a ‘problem-solving’ mode; a type of discussion in which the participants come to regard the dispute not as a thing to be bargained over but as a problem to be jointly understood and solved.  Burton called this method “controlled communication.” He used it to help resolve a border dispute between Malaysia, Indonesia and Singapore.  Thus, Burton’s workshops were the purposeful application by a trained practitioner of a specific social science-based facilitation methodology.  The practitioner’s role in this setting is not that of a traditional mediator but rather that of a facilitator.  Instead of proposing solutions, the facilitator helps the parties develop their proposals and solutions based on a joint analysis.

Burton’s early efforts led to a field that has developed significantly.  It has gone by different names, but Joseph Montville, an American diplomat, gave the one which stuck.  In 1980, seeking to understand further the field and its relationship to official diplomacy, Montville called it “Track Two Diplomacy.” There was no particular magic to this term.  Montville simply called official diplomacy “Track One,” and therefore decided that all unofficial efforts could be called “Track Two.” While there is an elegant simplicity to this name, it covers many different kinds and levels of dialogues.

To mark the anniversary of “Track Two,” a Special Edition of the journal International Negotiation has just been published.  This edition’s theme is “Best Practices in Track Two Diplomacy,” and it features six papers by leading scholar-practitioners.  Taken as a whole, these papers assess the state of the critical issues which dominate the field.  Some essential findings emerge from the documents.

The first of these is that Track Two practitioners need to be much more deliberate and rigorous about defining what they are doing and why.  These dialogues take place on multiple levels and for various purposes.  Some are very close to Track One and may even involve officials acting privately; a facilitated pre-negotiation is sometimes known as “Track 1.5.” Others are more classically “Track Two” because their participants are not officials but have influence.  Yet others are oriented towards empowering civil society groups who wish to develop alternatives to official policy, sometimes known as “Track Three.” Moreover, there are differences between dialogues intended to manage a conflict (to prevent it getting worse but without expectation of being able to end it at this point), to resolve a conflict (to end it), and to transform a conflict (to sweep away the underlying political or social structures which are believed to have created and perpetuated the fighting).

Each of these sub-levels and objectives for these dialogues has its own methods and benchmarks.  It is important, therefore, for practitioners to carefully delineate what they are doing and to make sure that their methods and participants properly reflect that.  This is known in the field as having a “theory of change,” a well-developed and rigorous model of the kind of dialogue sought, why, and what its possible impact might be.  And yet, many in the field do not do this; they “trust their gut” or become captive to ingrained cognitive biases in designing the dialogue and who should be involved. This leads to sloppy methodology, with sometimes damaging results, and makes it difficult to measure the impact of these dialogues – if you never lay out what you are trying to achieve, it’s difficult to measure if you got there.

Secondly, the field became elite-driven and Western-oriented, though this is changing quickly.  It, therefore, needs to continue to open up to greater inclusion of other actors – both as facilitators and participants in dialogues.  The earliest dialogues run by Burton and others were uniformly cases of Western conflict resolution experts convening elite groups of influential people from the conflict.  This led to the exclusion of many groups not typically represented in elite circles, notably women.  The field understands the ethical and other difficulties this creates, and new thinking prioritizes “local ownership” of initiatives to make sure that indigenous voices are properly represented.  But local ownership on its own does not necessarily fix these problems – it sometimes simply leads to the perpetuation of local power structures.  The need thus exists for outside intervenors and local actors to balance each other.

Finally, the field needs to develop a greater capacity to engage in “reflective practice,” an ability to systematically engage in structured self-examination of what these dialogues are achieving and their ethical impact.  This will require greater attention to inherent biases and beliefs and more systematic ways of combatting them.

Track Two diplomacy has come far in its first 60 years, but there is still much to learn as the field continues to develop.

See another great blog from CIPS

On April 19th, we hosted a panel with @JustGovGroup and @CICOttawa to discuss the topic of "Peace with Justice in Colombia?" Check the video to hear from @authorwadedavis, Paola Jiménez, Nelson Ovalle Diaz, Stephen Baranyi and Kimberly Inksater.