Law, Science, Liberalism and the American Way of Warfare 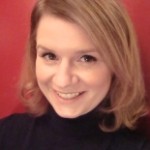 Free. In English. Registration is not required. Seating is limited and available on a first come, first served basis.

The United States has, since its founding as a republic, sought to balance two competing imperatives when it goes to war: to preserve, at all costs, the security of United States, its values and way of life, which shine as an example to the world; and to conduct itself in a liberal manner that shows “a decent respect for the opinions of mankind”, following international norms and the rule of law. The US repeatedly turns to technology to reconcile these two competing impulses – but the results are often mixed. Regardless of its record, however, the US continues to aspire to technology to have wars that are clean, if not “easy”, with little cost in terms of blood, treasure or reputation. In reflecting on the history of US wars, this talk will argue that there are 10 key lessons that must be considered by Western policy makers who have a stake using force.

Stephanie Carvin is a 2013-2015 Research Associate at the Centre for International Policy Studies at the University of Ottawa. She holds a PhD in International Relations from the London School of Economics and is the author of Prisoner’s of America’s Wars: From the Early Republic to Guantanamo. (Oxford/Hurst 2010) Her latest book is co-authored by Michael J Williams, Law, Science, Liberalism and the American Way of Warfare (Cambridge 2014).