Evidence and Intelligence in the Context of National Security Operations 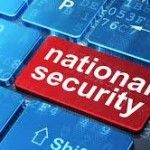 Presented by CIPS and the National Security Policy Network

Prior to entering the law profession, Wright served as a Detective Chief Superintendent in the police service in Northern Ireland. In 2006 he received the Queen’s Police Medal (QPM) from Her Majesty for services to policing. Before taking a position at Johnstone & Cowling, Philip worked in the area of civil litigation and represented the Canadian Association of Chiefs of Police at the Supreme Court of Canada.

Wright attained a first class honours degree in Law and a Master’s degree in International Human Rights from the University of Ulster in Northern Ireland. He holds a Master’s degree in Criminal Justice Management from Queen’s University, Northern Ireland, and a Post Graduate Certificate in Terrorism Studies from St Andrew’s University, Scotland. He also holds a PhD (Law) from Queen’s University in Kingston where his thesis was entitled “The Clash of Two Imperatives: The Right to Know and the Need to Keep Secret in the Context of the Criminal Process and National Security Measures.”