Germany after the election: Analysis and outlook 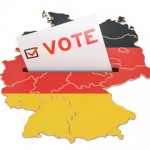 The event is co-sponsored by the Jean Monnet Chair “Democracy in the European Union” in the Centre for European Studies (CES) at Carleton University, the Centre for International Policy Studies (CIPS) at the University of Ottawa, and the Embassy of the Federal Republic of Germany.

Germany will hold federal elections on September 24, 2017. Chancellor Angela Merkel’s Christian Democrats (CDU/CSU) are currently leading in opinion polls, but the Social Democrats (SPD) led by Martin Schulz have stepped up their campaign. For the first time since World War II, a far-right party is predicted to win seats in the federal parliament. The election will determine which government coalition will lead the Europe Union’s largest member state in an uncertain European and international environment. This roundtable, held on the day after the vote, will analyze the election outcome and will debate its implications for German domestic politics, the European Union, and transatlantic relations.

This event is in English-only, but the Q and A will be bilingual. This event will be posted on the CES and CIPS YouTube channels after-the-fact.

Opening comments: Eugen Wollfarth, Minister and Chargé d’Affaires ai.i. of the Embassy of the Federal Republic of Germany

Daniel Stockemer is an Associate Professor in the School of Political Studies at the University of Ottawa. His main research interests are political participation, political representation, right-wing extremism in Europe, as well as quantitative and qualitative research methods.

Achim Hurrelmann is Associate Professor of Political Science and Director of the Institute of European, Russian and Eurasian Studies (EURUS) at Carleton University. He hold the Jean Monnet Chair “Democracy in the European Union”. His research focuses on EU politics, particularly questions of democracy and legitimacy in EU multilevel governance.

Petra Dolata is Associate Professor in the Department of History at the University of Calgary, where she holds the Canada Research Chair in the History of Energy. Her research interests include European and North American energy policies, the history and politics of the Canadian and circumpolar Arctic, as well as Canada-EU relations.