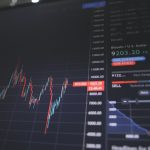 Presented by CIPS and the International Political Economy Network (IPEN)

Have the last couple of years of turmoil produced major changes in the global political economy? Have they revealed blind spots in our thinking about it? If so, how should we respond? If not, why not?

These roundtables feature an interactive format in which four experts in the field engage with each other and with the audience as they seek to answer these key questions. Over the course of the year, roundtables will tackle topics including the fate of neoliberalism, the insights of feminist political economy, the return of resource nationalism and the changing nature of money.

Roundtable 1 – Is Neoliberalism Dead at Last?

The prominent role of the state in supporting the economy during the Covid-19 pandemic; the increasing conspicuousness of the roles of race, class and gender in shaping economic life chances; the setbacks to the mobility of people and goods that has been so central to neoliberal globalization: all of these recent dynamics have raised important questions about the future of neoliberalism—as a process and as a concept.

Although we won’t expect a yes or no answer to this question (!), we will ask our panelists to reflect on whether recent events should provoke us to rethink neoliberalism—its character, its role and its future in the contemporary global economy.

Jacqueline Best is a Full Professor in the School of Political Studies at the University of Ottawa. Her research is at the intersection of international relations, political economy and social theory. Her current research examines the role of exceptionalism, failure, and ignorance in economic policy, tracing their evolution from the early days of neoliberalism to today. Professor Best has been awarded a number of research prizes, including most recently the Leverhulme Trust’s international visiting professorship and the Faculty of Social Science’s Research Excellence Award. She has been a visiting professor at University College, Oxford University, the University of Queensland and the University of Sheffield. She has also been co-editor of the Review of International Political Economy journal and the Routledge RIPE Book Series. Her most recent book is Governing Failure: Provisional Expertise and the Transformation of Global Development Finance published with Cambridge University Press.

Robbie Shilliam is Professor of International Relations at Johns Hopkins University. He is most recently author of Decolonizing Politics (Polity, 2021).

Samuel Knafo is a reader in International Relations at the University of Sussex who specialises on issues of financial change and liberal governance. He has published The Making of Modern Finance on the gold standard and the rise of central banking and various articles on neoliberalism, financialisation and the rise of managerial classes. He is currently writing a social history of financialisation.

Quinn Slobodian is author of the award-winning Globalists: The End of Empire and the Birth of Neoliberalism (Harvard University Press, 2018), which has translations published or forthcoming in eight languages. A frequent contributor to The Guardian, Foreign Policy, Dissent, The Nation, New Statesman, and New York Times, he is Marion Butler MacLean Associate Professor of the History of Ideas at Wellesley College and associate fellow at Chatham House. His next book will be published by Metropolitan in the U.S. and Penguin in the U.K.