This roundtable is part of a larger exploration of the theme, Threats to Regional and Global Stability: Southeast Asia in Global Context, building on two earlier roundtable events convened at the University of Victoria held on 25 October 2018 (Ethno-Religious Nationalism and Authoritarianism in Southeast Asia) and 21 March 2019 (The South China Sea: What is Now, What is Next?). 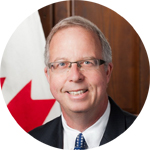 Phil Calvert is a Senior Research Fellow with CAPI at the University of Victoria as well as a Senior Fellow with the China Institute of the University of Alberta. He served in Beijing as a Trade Commissioner (1984-87), Economic Counsellor (1994-1997) and Minister & Deputy Head of Mission (2004-2008). He served with Global Affairs Canada as Director General for North Asia, Deputy Chief Negotiator for Canada during China’s accession to the WTO and as Director of the Technical Barriers to Trade Division. Most recently he spent 2012-2016 as Canada’s ambassador to Thailand, Cambodia and Laos. 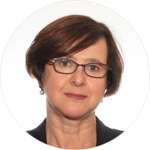 Susan served in the Canadian public service with distinction for 35 years, occupying several senior executive positions. Between 2013 and 2016, she was Assistant Deputy Minister for Asia Pacific at Global Affairs Canada. Prior to her last assignment, she served as Assistant Deputy Minister for Human Resources, Director General of Assignments and Executive Management, Director General, Regional Strategies, World Markets Branch, and Director, Human Rights, Humanitarian Affairs and International Women’s Equality Division, all in the Canadian Department of Foreign Affairs and International Trade. Susan has also represented Canada abroad. Her most noteworthy assignments were as Deputy High Commissioner in London, Consul General of Canada in Shanghai and Minister-Counsellor at the Canadian Embassy in Beijing. She holds a B.A. in anthropology from the University of British Columbia and was Canada-China Scholar at Nankai University and at Fudan University. 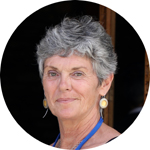 Helen Lansdowne is the Associate Director of the Centre for Asia-Pacific Initiatives (CAPI) at the University of Victoria. She has a BA and an MA in Pacific and Asian Studies from UVic and has been with CAPI since late 1998. Her most recent area of study includes mainland Southeast Asia, with a particular focus on development, gender, and migration. Helen also teaches courses on Southeast Asia and Developmental Theory in the Department of Pacific and Asian Studies at UVic and in the Department of Social Sciences at Camosun College in Victoria. 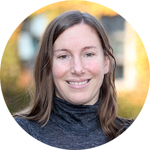 Melissa Marschke is an Associate Professor at the School of International Development and Global Studies at the University of Ottawa. Her training is in human-environment relations, with an emphasis on livelihoods, common pool resources and environmental governance. Her geographical focus is Southeast Asia, although recently she has also become interested in seafood in Canada and the Caribbean. Melissa is currently involved in research projects examining (a) work across the seafood sector, and (b) unpacking sand livelihoods. She is the author of “Life, Fish and Mangroves: Resource governance in coastal Cambodia” (U Ottawa Press, 2012), and has published in various journals including Marine Policy, Annals of the American Association of Geographers, Ecology & Society, The Canadian Geographer, and Journal of Rural Studies. 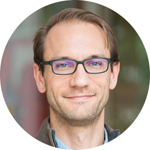 Kai Ostwald is an Assistant Professor with a joint appointment in the Department of Political Science and the School of Public Policy & Global Affairs at the University of British Columbia. He is also the Director of UBC’s Centre for Southeast Asia Research and a Faculty Associate at UBC’s Institute of Asian Research.

Kai specializes in comparative politics, particularly the political economy of development and ethnic politics. His work has been published in numerous journals including American Political Science Review, Politics Groups and Identities, Political Science, the Journal of East Asian Studies, Pacific Affairs, and the Journal of Southeast Asian Economies. He has also published numerous policy reports and book chapters.

Kai’s research largely focuses on Southeast Asia, particularly Malaysia, Indonesia, Singapore, and Myanmar. He has been active in several development projects in the region, including a multi-year capacity building project in Myanmar supported by the International Development Research Centre of Canada. 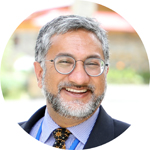 Victor V. Ramraj is the Director and Chair in Asia-Pacific Legal Relations at CAPI and Professor in UVic’s Faculty of Law.

Victor holds five degrees from McGill University, the University of Toronto, and Queen’s University Belfast, served as a judicial law clerk at the Federal Court of Appeal in Ottawa and as a litigation lawyer in Toronto, and maintains a non-practicing membership in the Law Society of Upper Canada. He has held visiting teaching appointments at Kyushu University and the University of Toronto and served five years as Vice-Dean for Academic Affairs at the National University of Singapore Law School and a one-year secondment as Co-Director of the Centre for Transnational Legal Studies (CTLS) in London, England.

Victor has edited/co-edited several books published by Cambridge University Press, including Emergencies and the Limits of Legality (2009) and Emergency Powers in Asia: Exploring the Limits of Legality (2010). His work has been published in leading journals around the world, including Chicago-Kent Law Review, Hong Kong Law Journal, ICON: International Journal of Constitutional Law, Singapore Journal of Legal Studies, South African Journal on Human Rights, Tilburg Law Review, and Transnational Legal Theory.

His research interests include comparative constitutional and administrative law, transnational regulation, and the history of and regulatory challenges arising from state-company relationships in Asia.

A free public event brought to you by: