The Climate of Counterinsurgency in the Sahel 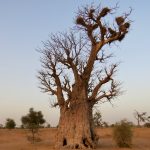 Presented by CIPS and the Security Studies Network

The Sahel is regularly conceived as a space where the interaction between climate and conflict can be observed. With a high-dependence on rain-fed agriculture and livestock, climate variability leaves pastoralists and small holders particularly vulnerable. Moreover, the region remains fragile, embodied by factors such as weak capacity of the state, inter-group inequality and a history of violent conflict; as well as a decade of regional French-led military operations. As such, it is an important case study for the question of whose security is threatened by global warming. Discussions about climate security in the Sahel are not happening in a vacuum, but during a crisis-ridden moment. This talk seeks to reframe the debate by grasping all these things at once: wrestling with the historical legacies of environmental interventionism, the politics of pragmatic crisis management, and the uncertainties of a climate-change future yet to be born. It develops an argument about the need to engage with a politics of the future via the politics of knowledge production.

This talk will be in French. 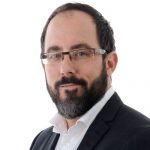 Dr. Bruno Charbonneau is Professor and Director of the Centre for Security and Crisis Governance (CRITIC) at the Royal Military College Saint-Jean, Canada. He is also founder and Director of the Centre FrancoPaix in Conflict Resolution and Peace Missions of the Raoul-Dandurand Chair at the Université du Québec à Montréal. His work examines the international politics of conflict management, with a particular expertise on the Francophone West African Sahel where he studies the links between armed conflict, counterinsurgency, and climate change in the Sahel. He often collaborates with various governmental agencies, with the UN, the EU, the G5, and the OIF, and currently running a NATO Research Task Group on the effect of climate change on security. 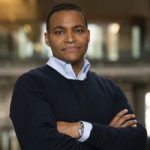 Dr. Philippe Frowd is an Associate Professor at the School of Political Studies at the University of Ottawa.