The Politics of Precedent in International Law: A Social Network Application 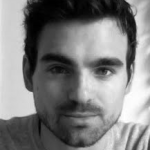 Presented by CIPS and the ITN.
Free. In English. Registration is not required. Seating is limited and available on a first come, first served basis.

Although formal binding precedent does not exist in international law, countries nonetheless expend considerable resources to shape legal precedent. In the international trade regime, some disputes are initiated to gain market access in response to domestic interests, while others are filed primarily to build favorable precedent for future cases of greater commercial value. Using a social network analysis of judicial citations, this talk will discuss evidence for the existence of “test cases” in international trade law. In such cases, countries initiate commercially unimportant disputes to shape legal precedent to their advantage—and wealthy countries with higher legal capacity appear significantly better at playing this game. While binding precedent in international law remains continuous, countries observably behave in a manner consistent with its existence.

Krzysztof J. Pelc is Assistant Professor in the Department of Political Science at McGill University. His work on international institutions, the politics of trade, and economic rules has appeared in International Organization, World Politics, the International Studies Quarterly, and the Journal of Conflict Resolution, among others. He is currently completing a book manuscript on the politics of flexibility in trade, entitled “Making and Bending International Rules: Resolving the WTO’s Architectural Challenge”. He can be reached at [email protected].