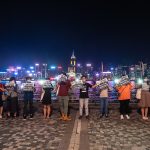 Presented by CIPS and the Asian Studies Network (ASN)

This panel will discuss the recent events in Hong Kong, including the impact the National Security Law has had on the Hong Kong people’s fundamental rights and liberties. 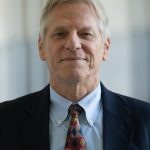 Michael C. Davis is a Global Fellow at the Woodrow Wilson International Center for Scholars in Washington DC, an affiliate research scholar at the US Asia Law Institute at New York University, and a professor of law and international affairs at O.P. Jindal Global University in India. Long a public intellectual in Hong Kong, he was a professor in the Law Faculty at the University of Hong Kong until late 2016. His scholarship engages a range of issues relating to human rights, the rule of law, and constitutionalism in emerging states, with frequent publication in such public affairs journals as Foreign Affairs and the Journal of Democracy, as well as academic journals. Amnesty International, the Hong Kong Journalists Association, and the Hong Kong FCC awarded him a 2014 Human Rights Press Award for his commentary in the South China Morning Post on the 2014 Hong Kong “umbrella movement.” His latest book on Making Hong Kong China: The Rollback of Human Rights and the Rule of Law (November 2020) is available from Columbia University Press. 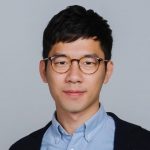 Nathan Law is a young activist in Hong Kong, currently studying at Yale University for a master’s degree in East Asian Studies. During the Umbrella Movement in 2014, Nathan was one of the five representatives who took part in the dialogue with the government, debating political reform. In the recent Legislative Council election, Nathan was elected with 50,818 votes in the Hong Kong Island constituency and became the youngest Legislative Councilor in history. His seat was overturned in July 2017 following a constitutional reinterpretation. 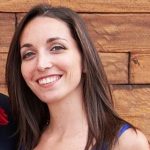 Rosette Gagnon-Bélanger is one of the network coordinators for the CIPS Asian Studies Network (ASN). She holds a Master’s Degree in Public and International Affairs from the University of Ottawa and has a special interest for Asian studies. She currently works as a foreign policy analyst at Global Affairs Canada. *The views and opinions she expresses during this event are her own and not those of the Government of Canada.