The Responsibility to Protect 10 Years On: Reflections on Its Past, Present and Future 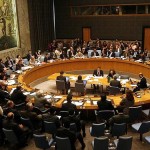 Presented by CIPS and the Graduate School of Public and International Affairs.
Free. In English, with a bilingual question period.

The idea of a “responsibility to protect” was first introduced in November 2001 by the Canadian-sponsored International Commission on Intervention and State Sovereignty. Endorsed in 2005 by UN member states, the notion that the UN Security Council should authorise action to prevent mass atrocities in states that are unable or unwilling to do so, continues to generate controversy. To its supporters, it as an essential tool of last resort, and underpins a moral appeal that we cannot be passive onlookers in the face of genocide and crimes against humanity. To its detractors, it risks being misused by great powers to legitimate otherwise dubious or even unlawful interventions.

In the wake of the UN Security Council authorised use of force by NATO in Libya, are we to judge R2P a success? Is the doctrine being applied in ways that those who originated and pushed the concept expected? What of the cases where atrocities continue and no action is possible? Looking ahead, will the use of R2P in Libya strengthen – or weaken – the resolve of the international community to act?

For live tweeting of this event, follow @uOttawaCIPS (or hashtag #R2P10yrs)