‘What Is Democracy?’: A Film and Panel Discussion

CIPS and the Alex Trebek Forum for Dialogue present

The Centre for International Policy Studies and the Alex Trebek Forum for Dialogue, in collaboration with the Ottawa Art Gallery (OAG), the Canadian Film Institute, and iVote/jeVote, invite you to the Ottawa premiere of the award-winning film, What Is Democracy? directed by Astra Taylor.

This event will take place online. In addition, a planned film screening – covid-19 safety measures permitting – will take place at the  Alma Duncan Salon at the OAG.
The screening will be followed by a panel discussion with Celina Caesar-Chavannes, Philippe Frowd, Larisa Kurtović and Joshua Nichols. We will also be joined by Astra Taylor, the film director, and Tom McSorley, the executive director of the Canadian Film Institute. The panel will be moderated by Anoush F. Terjanian.

**The film will be screened in its original version. We kindly invite our francophone participants to watch the French version here: https://www.onf.ca/film/quest-ce-que-la-democratie/

Coming at a moment of profound political and social crisis, What Is Democracy? reflects on a word we too often take for granted.

Director Astra Taylor’s idiosyncratic, philosophical journey spans millennia and continents: from ancient Athens’ groundbreaking experiment in self-government to capitalism’s roots in medieval Italy; from modern-day Greece grappling with financial collapse and a mounting refugee crisis to the United States reckoning with its racist past and the growing gap between rich and poor.

Featuring a diverse cast—including celebrated theorists, trauma surgeons, activists, factory workers, asylum seekers, and former prime ministers—this urgent film connects the past and the present, the emotional and the intellectual, the personal and the political, in order to provoke and inspire. If we want to live in democracy, we must first ask what the word even means.

Celina Caesar-Chavannes is the Senior Advisor, EDI Initiatives and Adjunct Lecturer at Queen’s University. She is a Doctor of Philosophy student in Organizational Leadership and was previously an elected Member of Parliament for Whitby. She holds a Bachelor of Science, an MBA in Health Care Management, an Executive MBA from Rotman School of Management at the University of Toronto and is completing her PhD in Organizational Leadership at Northcentral University. From 2015 to October 2019, Celina was an elected Member of Parliament for Whitby, and served as Parliamentary Secretary to Prime Minister Justin Trudeau and Parliamentary Secretary to the Minister of International Development. While in politics her advocacy and vulnerability helped shape policy related to mental health, equity and justice. 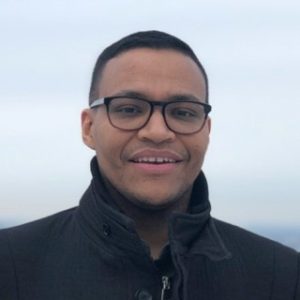 Philippe Frowd is an Assistant Professor at the School of Political Studies at the University of Ottawa. His current research is on the transnational governance of security in West Africa’s Sahel region, with a particular focus on irregular migration and border control. His most recent fieldwork has been on the local effects of international efforts to curb migrant smuggling in Niger. Previously, he worked on border policing practices in Senegal and Mauritania through police cooperation, the reinforcement of border infrastructure and the deployment of digital identification technologies. Prior to joining the University of Ottawa in 2018, he was a Lecturer in International Relations at the University of York and Research Fellow at the University of Sheffield.

Larisa Kurtović is an Assistant Professor of Anthropology in the School of Sociological and Anthropological Studies at the University of Ottawa. She earned her Ph.D. and MA in Social and Cultural Anthropology at the University of California, Berkeley. Her undergraduate studies took place at DePaul University in Chicago in the Department of International Studies, where she also taught as an Adjunct Professor between 2012 and 2014. Prior to coming to the University of Ottawa, she spent a year at Cornell University as a Postdoctoral Fellow in the Mellon-Sawyer seminar on “Political Will.” Her research is located at the intersection of political anthropology, postsocialist studies, and contemporary social and political theory. 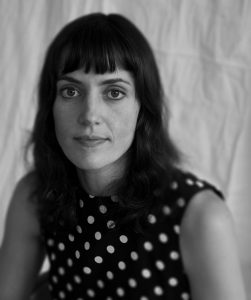 Astra Taylor is a filmmaker, writer, and political organizer. She is the director of the philosophical documentaries What Is Democracy?, Examined Life (TIFF 2008), and Zizek! (TIFF 2005); the author of the American Book Award winner The People’s Platform: Taking Back Power and Culture in the Digital Age; and a co-founder of the Debt Collective. She has written for The New York Times, The London Review of Books, The Guardian, The Walrus, The Baffler, n+1, and many other outlets. She is a Shuttleworth Foundation Fellow and a former touring member of the band Neutral Milk Hotel. Her newest book, Democracy May Not Exist, but We’ll Miss It When It’s Gone, was released in May 2019.

Tom McSorley is the Executive Director of the Canadian Film Institute. He is also an Adjunct Research Professor of Film Studies at Carleton University, and the film critic for CBC Radio One’s “Ottawa Morning.” McSorley is the editor of numerous books and has published articles and book chapters on Canadian and international cinema for various international film journals and magazines.

Anoush Fraser Terjanian is the Assistant Vice-Dean, Partnerships and Research Networks, at uOttawa’s Faculty of Social Sciences and Research Associate at CIPS. Her research and teaching have focused on the early theories and institutions of capitalism and modern democracy. Her first book, Commerce and Its Discontents in Eighteenth-Century French Political Thought (Cambridge UP), offers a prehistory to Piketty’s Le capital au XXIème siècle. As the founding director of the US Social Science Research Council’s ‘Anxieties of Democracy’ programme, she led and funded a diverse team of over 75 interdisciplinary researchers to produce and broadcast a better understanding of the dilemmas of legitimacy and capacity faced by established democracies. Terjanian was appointed to the Governing Council of the Social Sciences and Humanities Research Council of Canada (SSHRC) in 2018.