China is looking ever the experienced super-power. In a week it has scooped up all the important European dominos, humiliating a U.S. government which has lobbied hard to block the launch of China’s new $50b Asian Infrastructure Investment Bank (AIIB).

The dominos have fallen quickly. Last week it was the UK’s turn to join, preferring its commercial interest and geo-political judgment over its friendship with the U.S. Now it is a coordinated set of EU announcements from France, Germany and Italy. The driver was their desire to be well-connected economic partners in Asia, but there was also an element of blowback on U.S. geo-political arrogance, be it spying on Angela Merkel or military jingoism towards Russia.

What we are seeing is an ongoing power play that will shape the future world as much as the impact of climate change will.

A little history. A war about global power has been ongoing for a few years, ever since the West recognized that the emerging economies, the BRICS and a few others were global forces—ones in many cases already more powerful than the also-rans in the G7, such as Canada. But the West failed to be serious about expanding its vision, remaining wary of letting go; if anything, it has become more assertive about the primacy of an older order.

An early battleground has been the global financial institutions. Key BRICS countries demanded concrete recognition of their central role in saving the world from the U.S.-UK banking de-regulation folly that led to the global financial crisis. They demanded a fair (i.e. larger) share in the governance of the IMF and the World Bank, which are still dominated by the West, with an embedded U.S.veto.

The U.S. was surprisingly open on this front, but maybe they liked to see mid-sized Europeans nations such as Belgium being put in their place. Reluctantly, these over-represented countries were pushed by the U.S. into agreeing to give up their excess voting rights to China and India. At first, reason seemed to be prevailing, but then the modest first step for the IMF was blocked by the absurdities of U.S. politics in an obstreperous U.S. Congress.

Last year, frustrated and impatient BRICS leaders moved to Plan B: creating a rival world of global financial institutions. Meeting at their own summit in Brazil, they set up a $50b World Bank clone and a $100b Contingent Reserve Fund, a mini-IMF, which will likely yet save Russia from the worst of present Western sanctions.

China wanted even more: a better home for its trillions of U.S. dollar bonds but also a vehicle to finance the massive infrastructure needs of Asia that it saw as essential to its and their future as trading partners. Last October, it created ‘its’ Asian Infrastructure Bank, as a serious competitive threat to the Japanese and U.S.-dominated Asian Development Bank (ADB). There is luckily room for both, with the ADB estimating Asian infrastructure needs at $1 trillion a year.

The first flood of those joining China were 21 mid-sized Asian economies, such as Singapore and Indonesia. While friends of the U.S. and the World Bank, they welcomed a new, maybe more accommodating, funding source. The U.S., with its ‘tilt to Asia’ strategy, leaned hard on Japan, Australia and South Korea not to join. Once again America found itself forcing its Asian friends into taking sides in an unwanted struggle (this time economic, not military) with China’s assertive President Xi Jinxing. Instead of ‘win-win’, the U.S. now finds itself between a rock and a hard place. After the European moves, will these key U.S. allies in Asia be the next dominos to fall?  None of them wants a fight with friends over a bank they objectively welcome.

The present tension and stalled progress towards a better partnership has only accentuated the challenge to the existing Western-driven framework of multilateral financial institutions. Sensible technical concerns about environmental safeguards were transformed into a political campaign to oppose Asian ambitions for stronger, locally controlled, development institutions.

A similar tension could lead the Trans-Pacific Partnership (TPP) into becoming another domino to fall. This trade deal is being driven at top speed by America towards what critics describe as a set of rules designed to favour U.S. financial services, while also politically containing China with its growing strength in world markets.

What we are seeing is an ongoing power play that will shape the future world as much as the impact of climate change will. We are not talking G2 partnership, but rather now arm-wrestling between two great powers. There could well be a lot of collateral damage as they struggle rather than choosing to co-operate in dealing with more fundamental challenges such as global warming and widespread inequality. One has to wonder what is happening politically and socially in today’s U.S. that leads it to choose conflict and tension over peace and compromise on so many fronts—not just China and its infrastructure bank, but also Iran and Ukraine.

Where will Canada find itself? It will likely be almost the last G7 country to join, falling further back in its ambitions for better economic relations with Asia. The scale of all this Chinese funding also somewhat mocks the role of Minister Paradis’ possible Canadian Development Finance Institution. Canada should now be more strategic and begin to look outside our comfort zone to build relationships with new global actors.

Our discussion on #WhatIsDemocracy? will also feature Tom McSorley, Executive Director at the @Canadian_Film, Adjunct Research Professor of #FilmStudies at @Carleton_U, and film critic for @cbcradio One's "Ottawa Morning." 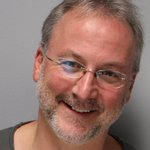 On November 25th Astra Taylor, the 🇨🇦 prize-winning filmmaker, writer and activist will be joining us for the Ottawa film premiere of #WhatIsDemocracy? @astradisastra

You can read her recent op-ed in The Guardian here: https://bit.ly/334lfIn 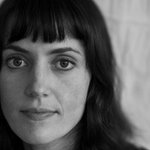 The recent coup 🪖 in Mali 🇲🇱magnifies existing dilemmas and raises new questions about the 🇺🇳UN's relationship with – and support for – the host state, writes @MarionLLaurence in a superb new blog on 🌐CIPS! read here: https://www.cips-cepi.ca/2020/11/19/what-does-the-coup-in-mali-mean-for-un-peacekeepers-in-the-country/ https://youtu.be/gLIS0CxuhCA