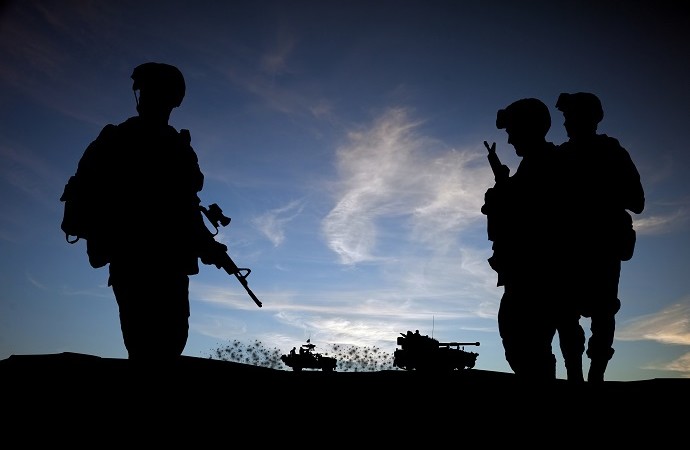 Excerpted from the original version published on the National Security Law blog, August 10, 2015

On the election trail yesterday, Stephen Harper proposed a criminal law ban on travel to designated zones he described as “ground zero” for terrorism.

Paring away the hyperbole and the more mischievous comments I have seen tweeted about (“no more travel to Paris, where the Charlie Hebdo plotters plotted!”), this idea seems drawn from the Australian system, the legal details of which are here. Basically, it prohibits travel to parts of Iraq and Syria associated with ISIS, subject to enumerated exceptions (e.g. for journalists and humanitarian workers).

A designated area rule that starts exempting “good guy” insurgencies will boil down to already listed terrorist groups like ISIS.

Now, we need to be very cautious about evaluating the merits of election trial balloons, but the (initial) Harper idea is one that in principle I generally accept…

…. Foreign fighting is a serious issue for a host of reasons.  There is the “bleed out” risk — fighters returning with redoubled radicalization now coupled with new martial skills….

As a policy matter, I personally do not think that Canada should be indifferent to the miltarized conduct of its citizens in civil conflicts….

In a similar vein, I think it is close to irresponsible for a state to turn a blind eye to the violence its citizens may do in foreign conflicts. There is, of course, the impact of foreign fighting on international security more generally — Syria and Iraq are clearly being destabilized by it.

On top of that, Canadian freelance fighters complicates Canada’s foreign policy, regardless of what faction they fight for. It would not be useful to find that Canadians are enlisted in the ranks of an insurgency that a Canadian ally considers a terrorist group….

All of this is to say that, it is astonishing that the government does not regulate when and how its citizens can become freebooters in any civil conflict, regardless of the terrorism angle….

And so that suggests we need to grapple with foreign fighting as a foreign fighting issue per se, and restore an older legal tradition: neutrality law….  I think there is value is Canada controlling what its citizens do in a war zone in this manner — including in restricting their presence….

And then the political “whoopsie” moment

So why have I suggested in the title that this is only “almost” a good idea? Because under obvious political pressure, the Harper Conservatives today are suggesting the new rules would not apply to Canadians fighting ISIS in the designated no-go regions. So now, the whole logic of the scheme collapses.

The purpose of a designated zone is to declare some regions in the midst of a conflict (in the Iraq/Syria context controlled by an unpalatable insurgency that also happens to a terrorist group) “no go” zones. In that matter, you do not need to prove “citizen was fighting for ‘bad guys’ or citizen was doing ‘war crimes’ or citizen was doing ‘terrorist activity'”. All you need to prove is “travel” (and also prove nonapplicability of enumerated exceptions for journalists, humanitarians etc). And more than that — you don’t need to decide who the bad guys are. And in Syria, that is a very difficult question.  Who exactly is fighting ISIS and in what circumstances and when and where is not always clear. It’s a mess. And how about Assad’s army — are they good guys fighting ISIS?

But now, if you say, it is ok to fight for “good guys”, with good guys being groups fighting ISIS, that simplicity falls away. So too does your ability to address all the geopolitical reasons noted above pointing to why foreign fighting is a bad thing. So too does your willingness to consider the Australian view that any foreign fighting is potentially a domestic security risk. And now also you need to decide who are the “good guys”, and keep a weather eye on whether they are drifting into becoming “bad guys”.

And of course, you now fail also to consider the reality that Canadians fighting for the “good guys” may do bad things, or they may wake up and find that their unit has just committed a war crime. And so you may have exonerated them through a designated area ban exemption, but you may need to prosecute them for a war crime.

And, sigh, to make this whole cockamamie system work, you now need to prove more than just “travel”.  You need to prove who the accused fought for (bad guys). So we are not much further ahead than under current law, where fighting for ISIS is already a crime.

Put another way, if you start to exempt friendlies, your designated area system starts to look like Jack Nicholson’s sandwich order from Five Easy Pieces. Recall, he was trying to order toast, and was told he couldn’t. So he asked for this: “a chicken salad sandwich on wheat toast, no mayonnaise, no butter, no lettuce. Now all you have to do is hold the chicken, bring me the toast, give me a check for the chicken salad sandwich”.

In the same way, a designated area rule that starts exempting “good guy” insurgencies will just be reduced to Jack Nicholson’s toast: that is, it will boil down to already listed terrorist groups like ISIS. And as already noted, it is a crime many times over to fight for ISIS and other terrorist groups.

So the Conservative promise basically boils down to “We will make it really, really, really criminal to fight for ISIS”.  And because you need to prove the Canadian was fighting for the non-exempted group and not an exempted group, you haven’t solved the evidentiary problem that already makes the existing law difficult to apply. So you’re added girth to the Criminal Code, but no substance.

Anything else is just political theatre, and much less interesting in a sunny August than watching the river go by.