Don’t blame the EU for the Brexit vote. Blame globalization, technology, and national governments instead. 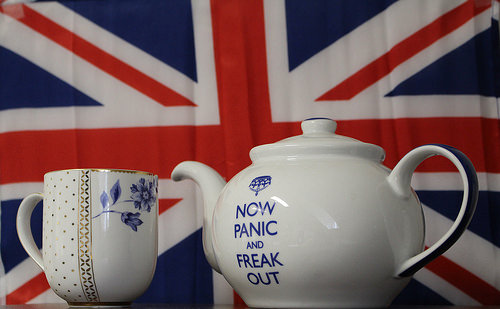 On June 23rd, a significant majority of voters in England and Wales cast referendum ballots in favour of the United Kingdom (UK) leaving the European Union (EU), in spite of those in London, Northern Ireland, and Scotland generally voting to remain inside the EU.

The UK government is now politically (though not legally) obligated to invoke Article 50 of the Treaty on the Functioning of the European Union at some point in the near future, thereby launching official negotiations for the UK to divorce itself from the EU sometime by the end of 2018 or the beginning of 2019. The dour aftermath makes it hard to understand why people voted for the UK to leave the EU, most especially since these negative economic and political consequences were raised during the referendum campaign.

Already, banks are forecasting a recession in the UK since hiring and investment plans are being put on hold because of the economic and political uncertainty created by the upcoming exit negotiation. The pound sterling has dropped to levels not seen since the mid-1980s. Credit-rating agencies Moody’s and Standard & Poor’s have downgraded the UK government’s AAA status, which will increase the deficit.

International banks with a large presence in London are talking about moving thousands of their staff to Dublin, Frankfurt, and Paris. In addition, the more than 2 million EU citizens currently working in the UK are wondering whether their future might not lie somewhere else in Europe or beyond while thousands of British passport holders are looking into applying for Irish or other EU member-state citizenship.

On the political side, the consequences have also been swift. Prime Minister David Cameron has resigned, which is likely to lead to new parliamentary elections. Jeremy Corbyn, leader of the opposition Labour Party, has already faced a vote of no confidence from his own MPs, who are asking for his resignation given his poor performance in supporting the Remain side during the campaign.

If British political parties are being torn apart, the UK itself is also facing strong internal pressures that could lead to implosion. In order to remain inside the EU, the Scottish political leadership is strongly considering a second referendum on leaving the UK. In Northern Ireland, old sectarian tensions are resurfacing as Sinn Féin’s Martin McGuinness, deputy first minister, has called for reunification with Ireland in order to keep the border between Ireland and Northern Ireland open and free, which is an economic lifeline for the region.

If the EU was such a bad deal for the UK, then why is the roof caving in after a majority of British people voted to leave? The answer is that the EU itself has very little to do with people’s decision to vote in favour of Brexit; rather, they were voting against globalization and technological advancements that have left them behind economically.

As Sara Hobolt, a professor at the London School of Economics and an expert on referenda in Europe, has explained, the pro-Brexit vote was “fuelled by worries about immigration, a lack of economic opportunities and anger with the political class.” As she points out, these worries are not unique to the UK. Similar concerns have given rise to populist and anti-EU parties in most other EU countries.

The story is the same in the US, where people who share the same concerns and demographic profile tend to support Donald Trump: pensioners, the less-educated, and lower-skilled workers. These people also tend to be poor and white.

In his analysis of the Brexit referendum results, Matthew Goodwin, a professor of politics and international relations at the University of Kent, concludes that Brexit supporters are generally poorer, older, less qualified, and white, and they feel left behind by Britain’s economic transformation to a high-skill, service-based economy. As a result, they blame the political/economic elites and immigrants for their plight.

Blaming political elites is not the same as blaming the EU, however. In the Brexit case, as well as in other member states with anti-EU populist parties, the EU has been a useful scapegoat. It is much easier to blame Brussels than to admit failure in cushioning the negative economic and social impacts of globalization and technological change on vulnerable segments of the population. Closing the doors to the rest of the world is certainly not the solution (though the North Koreans are trying!).

Education, professional training, social protection, and pensions are policy domains that remain squarely in the hands of national governments. Even tax and spend decisions are domestic in nature, despite the EU’s macro-level framework to help prevent fiscal excesses à la Greece.

On the immigration front, EU membership allows citizens from other member states to stay and work indefinitely in the UK; however, the economic consequences of this immigration have been positive for British public finances (estimated at 20 billion pounds between 2000 and 2011). EU immigrants do not represent a burden on the welfare system, contrary to what many Brexit advocates claim.

As for refugees from Syria, Libya, Sudan, and elsewhere, the decision to admit them (or not) is a national one, not an EU one. If EU member-state governments co-operate in sharing the refugee burden, it is only a reflection of their national sovereignty. There has been no EU imposition here, as the failure to agree on the redistribution of some 60,000 refugees (a drop in the bucket) across the EU demonstrates.

Unfortunately, their political agenda is not to devise fairer social and educational policies — as their labour and social-democratic predecessors generally did — but to undo the entire edifice on which everyone’s prosperity depends without any clear picture of the social and economic consequences.

If Brexit-like xenophobia is not to be repeated, then national governments must find ways to ensure that the benefits and costs of globalization and technological change are shared much more equally.