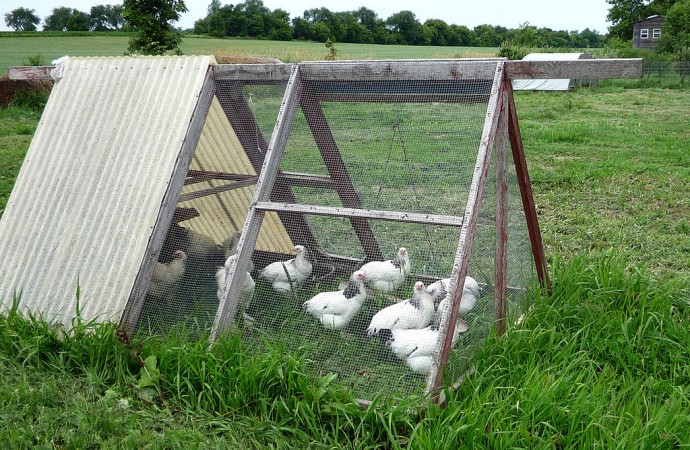 Chickens in the chicken tractor at an organic farm.Jessica Reeder

A number of obstacles presently stand in the way of efforts to make Canada’s agricultural system more sustainable. A heavy reliance on chemical inputs, industrial processing, and long distances between farm and plate have contributed to high rates of greenhouse gas emissions, degradation of water and soil quality, and threats to biodiversity. These ecological challenges have mirrored social and economic challenges in the pursuit of sustainable agriculture, including a steady decline in the number of farms, concurrent with growth in the average size of farming operations, and the presence of a sink-or-swim environment where only the largest, most-mechanized and capital-intensive farms can compete.

Many expert analyses indicate the need to shift away from this model if Canada wants to be a true agricultural leader. When UN Special Rapporteur on the right to food Olivier De Schutter visited Canada in 2012, he noted in a follow-up report how a defining force in shaping this country’s agricultural sector has been its steady orientation towards trade liberalization. The sector’s narrow focus on developing export markets has come at the expense of a lack of attention to the difficulties faced by a growing number of Canadians in meeting their basic food needs, and simultaneously contributed to ecological problems associated with the industrialized agri-food system.

Recent political shifts south of the border will therefore have serious implications in determining the available opportunities and limitations to the development of sustainable agriculture in Canada. The Trump administration’s protectionist rhetoric poses overt challenges to Canada’s export-oriented agriculture sector. Canada is the fifth-largest exporter of agricultural products in the world, with 58% of its agricultural product destined for export. Just over half of these exports go to the US, while much of the rest finds its way to Mexico, Europe, Japan, and China. Undoubtedly, some Canadians will use these developments to call for further liberalization in the agricultural sector. They may call for renewed bilateral trade talks with Asian nations, or for appeasing the Trump administration by agreeing to remove some of the safeguards Canada has implemented on imports of dairy products, poultry, and grains. Yet rather than return to old habits of liberalization, we should recognize the opportunities herein for making Canadian agriculture more sustainable through a renewed focus on domestic agri-food policy.

One opportunity lies in the need to simultaneously protect and reform supply-managed sectors to ensure the viability of rural communities and facilitate the transition of farm ownership to the next generation of farmers. This means standing firm against any concessions on tariff-rate quota, acting swiftly to close loopholes and effectively regulate infractions, but also exploring options to make access to quota easier for new farmers. Reforms could take the form – as suggested by Quebec’s Union Paysanne – of capping quota prices and limiting the quantity that can be owned by a single farm. This could offer a cost effective means of reducing farm sizes and making diversified agro-ecological production viable for a growing number of new farmers.

Another opportunity lies in the need to scope out a truly comprehensive national food policy to build a just and sustainable food system in the interests of producers and consumers alike. In drafting Growing Forward 3, the next five-year policy plan for the agricultural and agri-food sector, the federal government must actively support an agro-ecological transition, rather than continuing to privilege large-scale industrial production. In short, the challenge to business-as-usual practices within the agricultural sector offers the opportunity to reconsider the interconnections between policies on trade liberalization, the industrialization of Canadian farms, the financialization of agricultural production and handover of decision-making power to profit-motivated investment managers, and the manifestation of range of serious environmental problems.

While changes south of the border may be interpreted by some as a reason to further liberalize agricultural trade, either by sweetening the terms of NAFTA or seeking new export markets, we remind policy-makers about the present opportunities to be found in the current shake-up, and the possibility of reworking a national food policy to tackle head-on some of the domestic sustainability challenges in Canada’s agricultural sector.

Ryan M. Katz-Rosene (SSHRC Post-doctoral Researcher), Marie-Josée Massicotte (Associate Professor), and Christopher Kelly-Bisson (Doctoral Candidate) are all based at the University of Ottawa’s School of Political Studies and members of the Laboratory for the Interdisciplinary Study of Food.

This article was first published in The Hill Times on 20 February 2017.