Why NAFTA’s Chapter 19 is Worth Fighting For

Canada has reportedly drawn a “red line” over Chapter 19 as the US calls for NAFTA renegotiations. That’s a good thing.

Even before the negotiations to revise and modernize NAFTA begin on 16 August, a red line has been drawn in the sand between Canada and the United States: Chapter 19, on the “Review and Dispute Settlement in Antidumping and Countervailing Duty Matters.”

According to a document released on July 17 that outlines the Trump administration’s objectives for the NAFTA renegotiation, the United States is looking to eliminate Chapter 19, pure and simple. For Canada — and probably Mexico — this is an unacceptable position and could lead to scrapping negotiation talks altogether should the Americans insist on Chapter 19’s removal. Indeed, a senior Canadian official told the Globe and Mail that for the Trudeau government, US insistences that Chapter 19 must be excised might prompt Canada to walk away from the table.

And rightly so. Chapter 19 is key for Canada, and the stakes are too high to not demand that it remains part of a renewed NAFTA.

Here’s why: Chapter 19 allows Canada to bypass the US judicial review process when the US government imposes antidumping and/or countervailing duties on Canadian products imported into the United States, as has been the case repeatedly with softwood lumber, for example. In such cases, Canada can use NAFTA’s Chapter 19 to create an independent, binational panel of five arbiters, agreed upon by both parties, who will determine whether or not the duties have merit based on US domestic laws. A separate process can be pursued at the World Trade Organization to determine whether the duties are in accordance with WTO rules as well. If they do not, then the US government has to cease imposing them (or impose a lower level of duties) and reimburse what it has collected in excess along with the accumulated interest on those sums.

When Canada negotiated its bilateral free trade agreement with the United States 30 years ago, Chapter 19 was insisted upon because, frankly, Canada didn’t trust the US court system to objectively review duties imposed by the US government on Canadian imports in a timely manner. Canada was ready to abandon the agreement if Chapter 19 was not in it; negotiators at the time even temporarily left the negotiating table over it.

Later on, Canada insisted that the Canada–US Free Trade Agreement’s Chapter 19 be transposed into NAFTA. More than 25 years later, the logic behind Chapter 19 still applies; the US court system remains expensive, slow, and unreliable when it comes to objectivity.

Some groups in the United States, like the US Lumber Coalition, have criticized NAFTA’s Chapter 19 because they consider the binational panels, which can review legislative changes to antidumping and countervailing duty laws as well as duties themselves, as unconstitutional and infringing upon US sovereignty. Although such a position is debatable, we can safely presume that for the Trump administration, Chapter 19 is simply seen as an impediment to pursuing a more protectionist trade agenda.

If Chapter 19 were removed from NAFTA, then the Trump administration could more easily impose unwarranted antidumping and countervailing duties on all sorts of goods imported from Canada and Mexico for years and years until the dispute is ultimately settled by the US court system.

For Canadian and Mexican producers affected by such duties, it would mean losses and, in some cases, shutting down their business altogether. For American consumers, such duties would mean higher prices for either the products that come from Canada or Mexico or for American products made with components imported from the United States’ NAFTA partners.

In return, to force the US government’s hand, it is very likely that Canada and Mexico would retaliate immediately by imposing their own duties on various US product imports. The end result would be a trade war in which everybody loses — and ultimately, it could mean the end of North America’s economic integration.

According to Chad Bown from the Peterson Institute for International Economics in Washington, NAFTA partners have imposed many fewer antidumping and countervailing duties on each other than they have on their non-NAFTA trading partners. It is doubtful that this would continue to be the case should Chapter 19 be eliminated from a revised NAFTA.

In the end, it remains to be seen how adamant the Trump administration is about removing Chapter 19 from NAFTA, in particular because it is not at all clear what it could give Canada and Mexico in return. Threatening to leave NAFTA altogether may be the administration’s preferred tactic to force Canada and Mexico’s hand, but — as discussed in a previous commentary — Trump probably does not have the political support in Congress and at the state level to pull the US out. This means that Canada has sufficient leverage to walk out, once again, of the negotiations in order to ensure that Chapter 19 remains in a revised NAFTA. It’s leverage we need to retain.

This article was originally published on 26 July 2017 by Macleans. 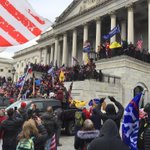