Iran’s Riots: Flash in the Pan, or Sign of Things to Come? 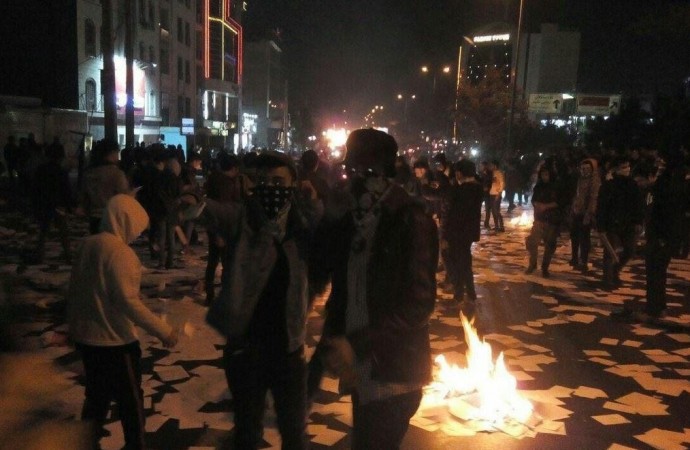 The unrest that has erupted across Iran over the last few months never seriously threatened the regime’s hold on power. Though a genuine reflection of the people’s frustration with their lot, the riots were unfocused and leaderless. They lacked the critical direction required to go from spontaneous protests to a movement capable of challenging for power.

Indeed, the regime has exercised, for the most part, relative restraint in the face of these protests. But this was not a sign of weakness. It was a sign that the regime knew it had little to fear and could let the protests sputter out on their own. Had the protests shown signs of being able to generate a real threat to the regime, the crackdown would have been fierce. That said, several were killed in the riots, including a handful who died under suspicious circumstances while in custody. But there was no widespread turning of the security forces loose on the crowds as was witnessed after the controversial 2009 presidential elections.

These events, however, should be cause for concern as a harbinger of possible things to come. Above all, they are a further demonstration that the system is failing to deliver the goods in terms of people’s expectations of the life they wish to lead. The very fact that these riots reflected a genuine groundswell of intense and longstanding frustration should be cause for concern on the part of the regime.

The protests appear to have arisen in the city of Mashhad (birthplace of the Supreme Leader, Ayatollah Khamenei) in December of 2017 and spread to over 70 towns and cities across Iran through December and January. They were borne of economic and social conditions across the country, which have steadily gotten worse for most people, even as the elite have seen their fortunes steadily rise. But the riots soon moved to broader calls for social and political reform.

In the always Byzantine world of Iranian politics, the cause of the riots is the subject of speculation and conspiracy theories. Some reports say that the riots were initially staged by hardline opponents of reformist President Hasan Rouhani in order to blame him for recent rises in food and other basic staples — thereby deflecting blame from hardline factions in Iran. Rouhani had, for some time previously, been publicly criticizing state subsidization of various institutions and interests run by hardline groups, such as the Revolutionary Guards, at the expense of the welfare of the common people.

According to these reports, the small demonstrations allegedly supported by hardline groups rapidly grew out of hand as common people joined in and turned them into much larger demonstrations against the system as a whole. Social media spread news of the riots across the country and disaffected members of the public repeated the protests in their cities and towns. Rouhani then capitalized on the unrest by pointing to it as evidence of the need for deep reform of the type he has worked for since first being elected president.

Whatever may have been the immediate instigation of the riots, Rouhani did not escape the anger of the crowds. Along with the rest of the elite, he was blamed for the rising prices and general hopelessness of the common people who have been told for years that things are about to get better only to see them get worse.

Even though these riots were the worst outbreak of violence in Iran since 2009, they never seriously threatened the theocratic regime led by Ayatollah Khamenei. The riots were spontaneous outbursts of anger lacking any cohesion or higher direction. No political movement could capitalize on them as vehicles for change. This is what appeared to be the case after the 2009 elections and the regime’s response was brutal. The so-called Green movement was forcibly dismantled and its leaders either jailed or worse. More ominously, the regime turned its security forces on the crowds as a warning that it would do whatever it took to cling to power.

In the recent riots, the regime, while being careful to show that it retained the overwhelming force needed to maintain power, did not deploy it overwhelmingly. Social media was shut down, for a time, and the protests did, indeed, play themselves out.

One might be tempted, therefore, to imagine that this was a flash in the pan; that it shows, above all, that the regime’s position is firm. One might well be right. However, the riots are interesting in that they may represent a truly spontaneous groundswell of protest — one which, whatever its cause to begin with, really did become a genuinely popular and widespread expression of frustration and anger with the system as a whole. This is new.

There is, as yet, no political movement or leader on the horizon to capitalize on this, and the regime’s efficient security services will be looking to snuff out any that might appear before it can harness the simmering discontent. It is thus the smart play to assume that the recent riots will be a flash in the pan, and they may well be. But many regimes that felt they were secure were eventually brought down by an upsurge in discontent, married to a leader who suddenly arose to capture the public imagination. It is hard to see this happening in Iran today. But who knows what tomorrow may bring.

A reminder to tune in - our Twitter Conference is less than 2 weeks away. #5EyesCIPS

For more info on our presenters, see: https://www.cips-cepi.ca/five-eyes/

We have an excellent pair of panels for our Twitter Conference, "Understanding the Five Eyes", on September 30th. Follow along with #5EyesCIPS throughout the day to see our research presentations and check out our blog for the symposium. More here: https://www.cips-cepi.ca/five-eyes/

4⃣7⃣ days until the election! No, not 🇨🇦 but 🇺🇸 We've (virtually) assembled an outstanding panel of Americans to tell us their thoughts 💬 Will we see four more years of Trump❓Find out more & sign up here: https://bit.ly/2Gn6KXv