Bangladesh on the Move, Part 1: A Development Breakthrough 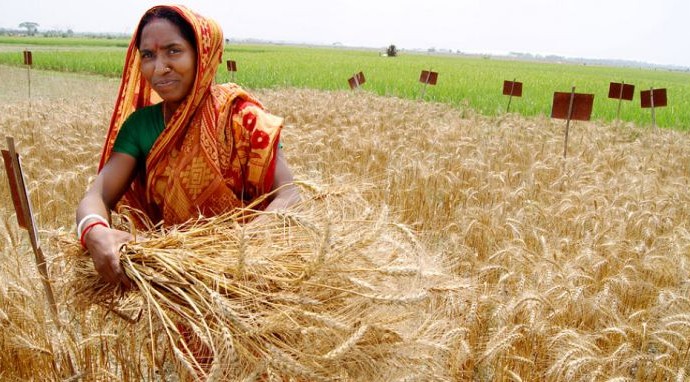 In view of the country’s agrarian economic base, raising agricultural productivity has been given the highest priority.Flickr

Bangladesh, a country branded at its birth, in 1971, as a bottomless development basket by Henry Kissinger, marches forward. Proving Kissinger’s words wrong, this development success story unfolds in one of the poorest countries of the world.

Bangladesh’s growth has been paltry except in very recent years — its development gains are disproportionate for the size of its growth. Higher growth rates and GDP per capita are recorded for Bangladesh’s neighbours, India and Pakistan. And yet, Bangladesh’s development gains in poverty reduction, food security, health, education, and gender equality are far ahead those of Pakistan and India. Nearly unnoticed by the international community, Bangladesh has been gaining ground as a rising star in implementing pro-poor inclusive growth.

Bangladesh is one of the very few countries to reach or be on track to reach the majority of the international Millennium Development Goal (MDG) targets:

The prime achievement, however, lies in the promotion of gender equality by making women’s empowerment central to development. Gender parity is promoted via women’s access to education, health services, and income. The female workforce contributes 34% to the GDP.

What is behind this emerging development surprise? Several factors combined to help the development process take off and attain the goal of poverty reduction. Not all the factors were state-driven; the private sector, both for-profit and non-profit, played leading roles. But the state apparatus, despite all its shortfalls in governance, maintained a sustained focus on fighting poverty. Replicating successful programs — many of them sensitive to culture and religion — have been made easy in a country that is fairly homogeneous in ethnicity, culture, language, and religion.

In view of the country’s agrarian economic base, raising agricultural productivity has been given the highest priority. The short-term plan integrates well-managed food aid from donors to bridge the food supply gap with agricultural development. The longer term agricultural development program promotes a steady rise in production, leading to food security and eventual freedom from food aid. The plan also raises rural household incomes, including those of small subsistence farmers.

The key measures in this productivity increase include the following:

Remittances from six million Bangladeshis working abroad contribute to poverty reduction by increasing family income in both rural and urban areas. Remittance inflows to rural farming households result in increased investment in farming and agriculture, which in turn impacts the wages of landless agricultural laborers. Remittance is the highest contributor to Bangladesh’s GDP.

Garment industry export is the second-highest contributor to Bangladesh’s growth. It also plays an equally important role in empowering women by promoting income generation and socialization.

Bangladeshi civil society interventions in the social sectors of health and education, as well as in income generation, have mainly targeted poor rural women. These initiatives — led by Grameen Bank, BRAC, and many other smaller non-governmental organizations — constitute successful community-driven program models for alleviating extreme poverty in rural areas and for empowering women. Fortunately, the government and the country’s elite maintain a consensus in support of such social programs. Bangladesh leads the world in micro-credit programs and income generation through innovative social business approaches, thus ensuring sustained impact and reducing dependence on external funding.

Bangladesh began its journey in development as an aid-dependent country with overwhelming support from the international donor community. But Bangladesh is no longer an aid economy. Two decades ago, foreign aid was 6% of GDP; today it is less than 2%. The total percentage of foreign aid to the total development budget of Bangladesh is approximately 11%. Official Development Assistance (ODA) continues to play a role as a foreign exchange earner but its importance has decreased as Bangladesh’s exports (especially garment) and remittances have increased.

Beyond its development success, Bangladesh is also expected to be a growth performer in the period 2016–2025. Part 2 of this article offers reflections on this prediction.