Canada’s Lessons in Afghanistan Not Recorded and Not Learned: Part 2 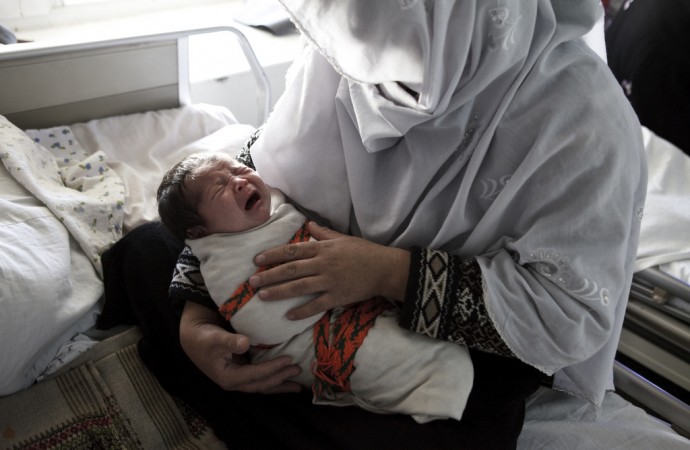 Bamiyan Hospital, Afghanistan: Between 2000 and 2009, infant mortality was reduced by 22% through projects such as the Maternal and Child Health Program, which improved the availability and quality of emergency obstetric care in 37 district hospitals and four provincial hospitals in southern Afghanistan.© Aga Khan Foundation: Sandra Calligaro

In terms of Afghanistan, Canada has clearly been afflicted with attention deficit disorder; in less than a decade, it changed program focus three times (as noted by a summative evaluation of Canada’s development program in 2015). The lessons that could have been learnt from the earlier years were neither recorded nor incorporated into the planning of the follow-up phases of Canadian operations.

The summative evaluation noted some clear indicators of management deficiency. The list includes missing documents, including strategy documents, incomplete files, and quick staff rotation, all of which resulted in a loss of corporate memory. Further, the report points to a lack of baseline data for measuring changes. Highly risk-averse management coupled with extreme security restrictions for field and visiting headquarters staff severely limited monitoring and oversight.

Canada’s NIP (no impact project) list is not short. Lessons from these have not been recorded. I will mention only two representative projects.

Canada supported pomegranate production as an alternative livelihood project to discourage farmers from growing poppies (used in opioid production) and instead provide income opportunities to earn their livelihood from activities other than poppy cultivation. The basic assumption was wrong. The sweet and succulent Afghan pomegranates are good export commodities, but pomegranate prices cannot compete with the lucrative poppy trade. In short, counter-narcotics programming from both Canada and the international community failed miserably for several complex reasons. Afghanistan today is the largest narcotics producing country in the world. And of course, the Taliban thrives on the narcotics trade.

The project that takes the prize, however, for having zero impact was implemented by a Canadian non-governmental organization — IMPACS. The intended objective was to promote gender equality. Management costs were unusually high. IMPACS spent four million dollars to create four women’s radio stations. No reporting is found regarding the programs transmitted, their audience reach, or their effects on promoting gender equality. The project also published an English-language newspaper for raising women’s awareness of their rights. Since the vast majority of women and girls were illiterate at the time, this is a prime example of a project not appropriate for the conditions on the ground.

Expectations that Canada would deliver effective programs for promoting gender equality was not high in any case, as the program team from Canada, refusing to visit Kabul for security reasons, conducted planning sessions from the safety of a five-star luxury hotel in Delhi, with no Afghan government or civilian representation. This was in 2004, when security looked comparatively rosy in Kabul. As Kabul’s security worsened, the planning process became increasingly detached from Afghan realities, resulting in distorted programs. An evaluation of one $4.56 million Canadian program for Afghan women, recently obtained by the CBC under the Access to Information Act, slams the project as a failure, producing negligible results.

Learning not only from the ill-implemented programs, but from those with positive results, was also missed.

A Canadian Provincial Reconstruction Team (PRT) operated in Kandahar from mid-2005 to 2011. PRT programming ignored the positive results of national programs which Canada had funded earlier. These programs were designed and led by the Afghan government. A prime example was the National Solidarity Program (NSP), which promoted service delivery through projects identified and implemented by rural communities. The NSP was the central means of connecting people at sub-national levels (villages) with the national government, enhancing government visibility in the remotest corners of the provinces. Such programs earned popular support, thus contributing to building state legitimacy, the most essential ingredient for state stabilization.

The process also helped to enhance the ability of Afghan institutions (Community Development Councils [CDCs]) at the village level to design development programs that would deliver the needed services to the people. Overall, the NSP increased the capacity of Afghan officials to handle government affairs and finances — essential for the efficient functioning of any state. And yet, ignoring the positive results, PRT drastically cut funding to the national programs.

Failing to heed the benefits derived from supporting Afghan-led programs, the PRT shifted its attention to supporting its own maple-leaf-stamped program, comprising six priorities and three signature projects in Kandahar. These priorities were diverse, were not systematically addressed, and today show no discernible sustained outcomes.

These signature projects did not contribute to legitimacy-building for the Afghan state, operating instead as parallel mechanisms, sidelining the national government’s efforts to connect with its own people. The so-called “hearts and minds” win from these projects, if there was a win, would turn out to be for the protection of the Canadian forces, not for earning people’s support for the Afghan government.

Since Canadian development finances were programmed and implemented through contracted agencies in Kandahar, without the involvement of the Afghan government, Afghan institutions were denied the opportunity to develop capacities of their own to plan, implement, monitor, and act as accountable agencies.

The disproportionate outflow of Canadian development funds to the signature projects also failed to produce any significant sustainable results for the benefit of the Afghan people. Many of the Canadian-financed programs, such as those in the health and education sectors, generated some positive results in the past but now show deteriorating performance and indicators of corruption. Is this the result of too much money spent too fast, with little analysis and oversight, as John Sopko found in American programs?

The blast walls and endless checkpoints that turned the capital city of Kabul into a fortress (some say a maximum-security prison) certainly do not indicate that Canada and the international community are anywhere near reaching the original objective of consolidating the Afghan state’s legitimacy and authority across the nation. Instead of stabilizing Afghanistan, we have left it just as fragile as ever.

This 2-part blog is an edited version of a presentation for a CIPS event, Conversation with the US Special Inspector General of Afghanistan Reconstruction (SIGAR), hosted by the Fragile States Research Network (FSRN) at the University of Ottawa on 19 September 2018. Read Part 1 here.