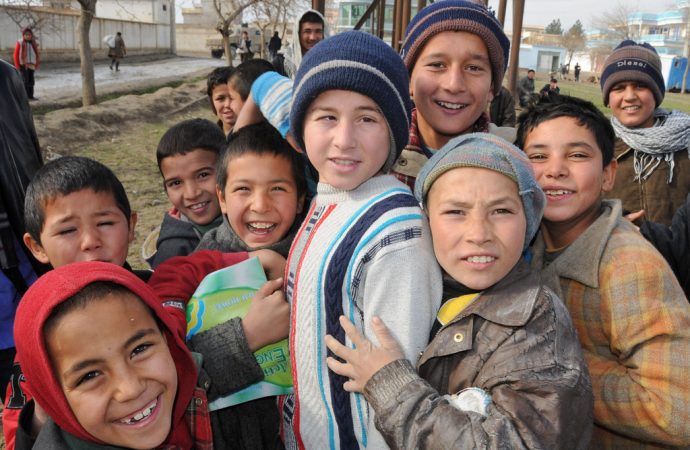 The recent interaction of John Sopko — the American Special Inspector General of Afghanistan Reconstruction — with the Canadian media on billions of wasted aid dollars in Afghanistan has stirred Canadian public interest on the forgotten subject of Canada’s Afghanistan mission. So much so that the Canadian government, which normally ignores Canadian critics’ warnings on Canada’s questionable performance in Afghanistan, considers a review of Canadian aid to Afghanistan necessary.

Sopko speaks of corruption related to donor-supported health, education, and defence programs, and salary supports to health workers, teachers, police, and soldiers. His audit reports state that donors make payments for schools and health clinics that do not exist or are not operational and for salaries of personnel never even hired, with the implication that the money is siphoned off at higher levels of the Afghan bureaucracy.

The postulation is that lack of direct donor oversight and auditing of the joint donor-financed trust funds, used for large-scale aid delivery, increase the probability of corruption and waste. These trust funds, led by multilateral agencies, such as the World Bank and the United Nations, have been marked for lack of proper financial oversight, audit, and monitoring. Canada has contributed millions of dollars to programs in Afghanistan through these pooled trust funds. Undeniably, critical reforms to improve management and monitoring of such trust fund mechanisms are urgently required.

However, the effectiveness of joint funding for coordinated delivery of large-scale funds must also be acknowledged and their use promoted instead of supporting individual donor-financed, hoped-for-quick-impact projects, constructing cheap roads and buildings, and supplying poor quality but enormously expensive foreign technical assistance.

Ex-officials of the Canadian government, quoted in the recent slew of articles on aid in Afghanistan, appear to favour direct Canadian funding of projects. They provide no evidence of better performance of such projects compared to projects financed through multilateral trust funds. History tells us that Western donors, including Canada, driven by hopes of better coordination and harmonization of multi-million-dollar foreign aid, chose to deliver large funds through pooled trust fund mechanisms. However, in search of a higher profile for Canada, the Canadian government later decided to reduce the amount of aid delivered through the trust funds and turned to direct funding of Canadian planned and implemented projects, lovingly named Canadian Signature Projects.

Hard evidence shows that while some of the programs (e.g. the National Solidarity Program) financed through the trust funds produced positive outcomes and contributed to development and stabilization, the directly financed and implemented Canadian Signature projects produced all but bleak results.

Assessments of the outcomes of Canada’s directly funded and delivered projects and of those that Canada financed jointly with other donor members of the trust funds, should guide our selection of channels of Canadian aid-delivery in Afghanistan in future. While lack of accountability haunts some of the trust funds today, discarding the trust fund mechanism, an effective instrument for foreign aid coordination, would be equivalent to throwing out the baby with the bathwater. It would result in fragmentation of foreign aid and promote uncoordinated donor activities, making aid management hard for Afghanistan, a country so heavily reliant on aid. If lack of oversight and accountability are the problems, the solution lies in donors setting up a better accountability structure in consultation with the multilateral agencies managing the trust funds.

Nipa Banerjee served 34 years in the Canadian International Development Agency, (CIDA) now amalgamated with Global Affairs Canada (GAC). She was a professor at University of Ottawa’s School of International Development (2007–2017) and is currently a Senior Fellow, Principal Researcher, and Adjunct Professor at the university. She has worked in Canada’s Afghanistan embassy as head of Canada’s aid program and as a researcher tracking Canada’s reconstruction and stabilization interventions in Afghanistan. She visits Afghanistan several times a year.

This article was originally published on 26 November 2018 by the Ottawa Citizen.