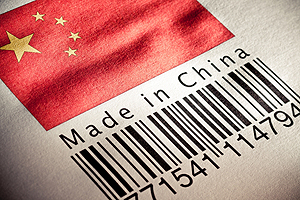 In 1989, capital markets did not exist in China. Fast forward to 2018, China’s capital markets have become the second largest equity markets, second largest futures markets, and third largest bond markets in the world. More companies have listed in Hong Kong and Shanghai than anywhere else in the world. And while China’s capital markets have been virtually closed to the outside world for decades, especially since the 2008 global financial crisis they have become connected to both regional and global financial markets “at an unprecedented pace.”

The growing significance of China in global finance is also expressed by the internationalization of the Chinese Yuan, Chinese financial institutions going global, China’s growing role in global financial governance, in development finance, and with financing the Belt and Road Initiative.

This rapid growth of China’s capital markets takes place within the context of a global financial order (GFO) based on the principles of open, lightly regulated, internationally integrated financial markets, facilitated by US power. Scholars debate whether China is a status quo power integrating into the GFO, a reforming power, a revisionist power challenging this (neo)liberal, US-dominated financial order, or whether global finance is itself adapting to accommodate China.

This discussion is also linked to broader debates on state capitalism, where the fear is that China won’t be playing by the neoliberal rulebook on which the contemporary global (financial) order is based. In these debates, state capitalism is often defined in juxtaposition to capital markets — the epitomization of liberal capitalism — with state-owned banks as the main financial market actors, whereas capital markets only play a minor role. From such a perspective, the rapid growth of capital markets together with an ongoing deepening of state capitalism in China represents something of a paradox.

It is therefore important to examine the crucial role of China’s (stock and derivatives) exchanges, which organize Chinese markets in a way that facilitates the state’s ability to control capital markets and to direct market outcomes via state policies, both within China and internationally. Through these state-capitalist capital markets, the Chinese exchanges facilitate the power of the state within and through capital markets, thereby helping to sustain and facilitate state capitalism despite the enormous growth of capital markets.

By examining the domestic development of Chinese capital markets, their integration into global markets, as well as their increasing internationalization, these state-capitalist capital markets represent an alternative to, resist pressure to conform with, and actively challenge the neoliberal capital markets that underpin the GFO.

While many Western commentators argue that “proper” capital markets do not exist in China, this assessment reflects an obvious neoliberal bias, shedding light on the contested politics between the two vastly different conceptions of capital markets championed by China and the US. Whether China will adapt to the global financial system or create its own way of running markets is a pressing question in contemporary IPE scholarship and policy debates. And what will all this mean for relations with the US-dominated GFO?

My research aims to contribute to these debates by highlighting that capital markets are not uniform entities. Especially in the case of China, substantial differences can be found in how these markets operate and the resulting state–market relationships. In the context of the increasing internationalization of China’s economic power, this has important policy implications, for instance, when it comes to international regulatory dynamics.

Future research might investigate whether more such “varieties of capital markets” that differ from a uniform conception of “global,” “Anglo-American,” or “neoliberal” also exist in other countries where the state maintains a strong role in the economy. This could ultimately provide a novel way of thinking about models of capitalism and trajectories of financialization.

Johannes Petry is a PhD candidate in International Political Economy in the Department of Politics and International Studies at the University of Warwick, UK. His research focuses on the transformation of capital markets in China, financial infrastructures, and the political economy of securities exchanges.

Thanks to Andrew Heffernan for his help and guidance in compiling this blog post.

This article is part of a four-blog series that follows from a workshop on “Conceptualising Markets,” funded by the University of Ottawa’s Office of the VP Research, the Centre for International Policy Studies, the School of Political Studies, the CN–Paul Tellier Chair in Business and Public Policy, the Centre on Governance, the International Political Economy Network, and the Institute for Science, Society and Policy. For other blogs in this series, click here:

—“Is the Sky the Limit? Risk, Uncertainty, and Nature” by Sylvain Maechler

—“What Makes a Market Economy?” by Alice Chessé