The Double-Edged Sword of Trafficking in Niger 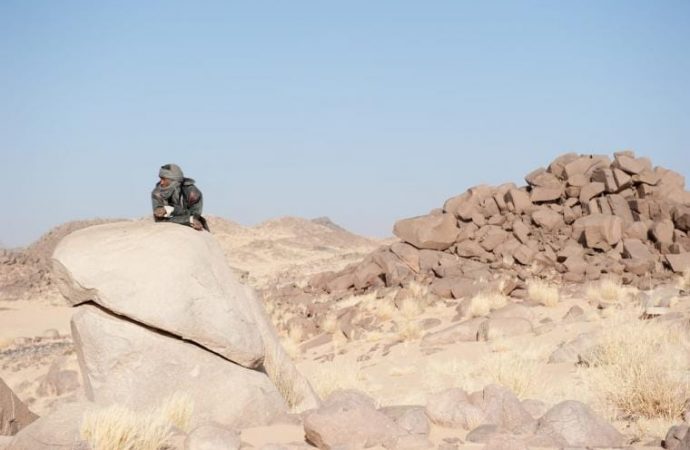 As African migrants continue to endure deadly voyages across the Mediterranean, efforts to curb this flow have centred on countries like Niger through which they transit.

Along with irregular migration, Niger is a trafficking hub for a range of substances both benign (subsidised food) and illicit (cocaine). Contemporary approaches to security in the broader Sahel tend to consider various forms of trafficking, defined in myriad ways, as a major threat to state security and regional stability. The European Union’s integrated approach to the region sees terrorism and trafficking as inextricable. At the same time, the G5 Sahel regional group (and its international funders) consider “illicit flows” to be a key threat necessitating military and police cooperation. At first glance, Niger sits at the heart of the central Sahel that is supposedly crisscrossed by informal flows of drugs, migrants, and other goods. Yet the story of forms of trafficking are not so simple: these undermine the state’s security institutions but sustain the resilience of social and economic systems. This double-edged nature of trafficking in Niger suggests that efforts to curtail it, including well-funded international interventions, can be effective on their own terms all while being counterproductive for security.

Trafficking in northern Niger is a catch-all description of a wide range of flows. Most notable of these are the thousands of migrants from the sub-region who have passed through Niger on the way to North Africa. Niger has become known as a ‘transit state’ for migration to Europe, an identity that the state has embraced as a means of directing international attention and resources to its security apparatus. The country has seen numerous seizures of drugs, including cocaine presumably headed north. The state understands these phenomena as elements of the umbrella term trafics. The ambiguity of this term in French — which can include benign smuggling as much as violent trafficking — adds obscurity to the linkages between disparate flows such as those of drugs and migrants. International partners such as the EU tend to go along with this framing. This is not a consensus view, and a range of social forces such as local NGOs in Niger present strong arguments in favour of free movement of people and the protection of migrants. In the northern city of Agadez, a hub for migration flows, traffickers themselves have formed a union to argue against a repressive approach to ‘trafficking’. The framing of trafficking as a threat is neither uniform nor readily accepted in all sectors.

Trafficking in northern Niger is a catch-all description of a wide range of flows. Most notable of these are the thousands of migrants from the sub-region who have passed through Niger on the way to North Africa.

The rejection of a security-first view of trafficking in Niger is partly due to the illicit economy’s function as a safety valve in the country. Northern Niger is home to major smuggling routes, which have evolved over time and only recently faced growing criminalization by the state. Many of the traffickers of today are the rebels and tourist guides of yesterday, whose informal employment staves off an otherwise precarious existence. A recent report by the International Crisis Group, Managing Trafficking in Northern Niger, vividly illustrates the ways that politics blends with the illicit economy to act as a counterintuitive rampart against insecurity. The report points to the ways that key actors in the trafficking economy can “double-hat” as both politicians and traffickers, which disincentivizes the recourse to violence. This is a potential peril, however, as the criminalization of the state is an ever-present risk if actors from the illicit economy play such a direct role in it or bypass normal channels to access key actors.

State responses to trafficking have not prioritised accommodation straightforwardly. The vision of trafficking as a threat, rather than a factor for peace, prevails in many parts of the state. The 2015 law banning human smuggling in Niger was passed with some external (EU) pressure and aligns Niger with its obligations under the Palermo Convention against Transnational Organized Crime. Ongoing research shows that most actors in Agadez involved in the migration economy concede that the 2015 law has played the largest role in the decline of migration numbers in the region. While this is a policy success of sorts, it has made desert migration routes more circuitous dangerous and expensive. Such clampdowns on trafficking also have deeply perverse effects, including the incubation of private violent solutions to smuggling. In 2017, a group at the Libya-Niger border seized on some EU states’ willingness to rely on militias to stem migration in the Sahara by launching various highly publicized, armed border control operations with often militarized codenames.

One of the reasons for this hot and cold approach to trafficking is that there are competing visions of state capacity in Niger.

One of the reasons for this hot and cold approach to trafficking is that there are competing visions of state capacity in Niger. On the one hand, intelligence gleaned from traffickers crisscrossing the desert reinforces the state’s ability to ‘see’ other security threats such as terrorist infiltration by groups such as the Islamic State in the Greater Sahara. On the other, traffickers can quickly form alternative bases of power that challenge the state. The term ‘state capacity’ may appear to be a trope, yet divergences on its interpretation produce tangible impacts on the approach to trafficking. However, the need to manage mobility and economic life in the hinterlands (rather than directly govern it) speaks to the challenges of large Sahelian states with limited money and human resources. The outsourcing of governance, especially in borderlands, is nothing new — think of Mali even before the 2012 crisis. However, international pressures push in the other direction, through the reinforcement of state agencies tasked with pushing back traffickers. One such unit, an EU-funded rapid action group of Nigerien gendarmes focused on border control and anti-trafficking, has become a target for insurgents. Niger faces security pressures on multiple fronts and the paradox that both trafficking and efforts to fight it may erode its capacity to cope.