Disarmament Diplomacy in the Age of Putin and Trump 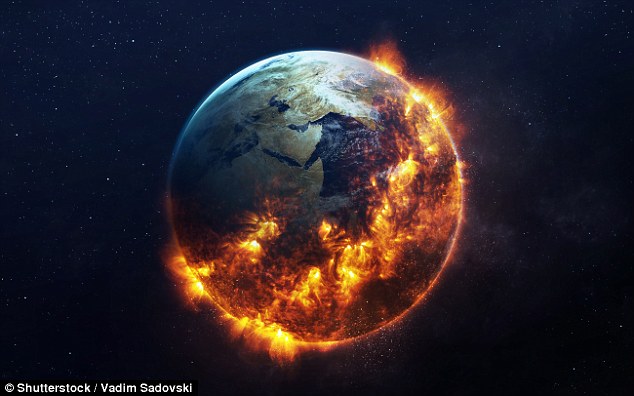 UN officials are not usually given to overstatement, which makes the recent assessment by the UN’s top disarmament diplomat that “the barriers to the use of nuclear weapons are lower than they’ve been since the darkest days of the Cold War,” all the more arresting.

The Secretary-General’s High Representative for Disarmament, Izume Nakamitsu offers a blunt assessment. Not only are arms control and disarmament “going backwards,” but that leaders of the major nuclear-weapon states are once again indulging in the “alarming” rhetoric of fighting and winning nuclear wars – a notion, she says, that “should have been consigned to history.”

The end of the Cold War led to significant reductions in nuclear weapon stockpiles (from a peak of some 70,000 warheads to just under 14,000 today) and a surge of hope that international security premised on the threat of mutually assured destruction would finally be replaced by mutual security cooperation. Instead, we have a new nuclear arms race.

In a recent letter to the Prime Minister, 98 prominent Canadians (all recipients of the Order of Canada), point out that this renewed arms race is pursued in a seriously deteriorating global security environment. Not only that, the current nuclear competition takes place in the context of the systematic dismantling of the institutions and agreements meant to advance arms control and disarmament. The letter, facilitated by Canadians for a Nuclear Weapons Convention, points to the almost total collapse of the international arms control infrastructure. Indeed, if the 2010 US-Russia New START agreement is not renewed before its February 2021 expiry, not a single international treaty will be left to impose specific limits on nuclear arsenals.

The Trump Administration is now threatening to also pull out of the 2002 Treaty on Open Skies – an agreement that allows members, which include Russia and the United States, to conduct surveillance flights over each other’s territory in support of Ronald Reagan’s famous counsel to “trust but verify”.

Since 2000, a succession of key treaties has been abandoned: the Anti-Ballistic Missile Treaty (in 2001), the Treaty on Conventional Armed Forces in Europe (in 2007), the Iran nuclear deal (exited by the US in 2018), and the Intermediate-Range Nuclear Forces agreement (in 2019).

The Trump Administration is now threatening to also pull out of the 2002 Treaty on Open Skies – an agreement that allows members, which include Russia and the United States, to conduct surveillance flights over each other’s territory in support of Ronald Reagan’s famous counsel to “trust but verify”. The 1996 Comprehensive Nuclear Test Ban Treaty still lacks key ratifications needed for it to enter into force. For more than two decades the UN’s designated forum for negotiating treaties, the Geneva-based Conference on Disarmament, has been deadlocked and has made no progress on a promised treaty, actively championed by Canada, to block further production of fissile materials for weapons purposes.

See, Her Excellency, Under-Secretary Nakamitsu speak at CIPS on February 19, 2020: Securing Our Common Future: Why Disarmament Matters Today as Much as Ever

The still central, but seriously beleaguered Treaty on the Non-Proliferation of Nuclear Weapons (NPT) imposes on all states a legal obligation to eliminate their nuclear weapons. Still, the Treaty’s central failing is that it sets no deadline, or even a general timeline, for disarmament. And as the nuclear powers continue to ignore their obligations under the Treaty, the danger grows that it too will be abandoned. A growing number of non-nuclear-weapon states now questions whether the nuclear-weapon states will ever comply with its core disarmament provisions. If that perception continues to be justified by the intransigence of the nuclear powers, some of those non-nuclear-weapon states, for example in the Middle East (where Israel, an undeclared nuclear weapon state, remains outside the NPT), will inevitably conclude that they have no choice but to seek nuclear weapons for themselves.

Compounding this crisis are administrations in Washington and Moscow which, in the words of the noted Russian arms control expert, Alexey Arbatov, have come to believe that they could launch limited nuclear attacks without triggering massive nuclear retaliation and that the world can thus “do without formal arms reduction, limitation and non-proliferation agreements.”

Without some good faith signals toward restraint coming from the major nuclear powers, the coming 2020 NPT Review Conference will end in disarray – further eroding the credibility of the treaty. Meanwhile, though middle powers like Canada will certainly not be decisive in efforts to turn back from the nuclear crisis, Canada has in the past worked effectively with like-minded states within the NPT to heighten pressure on nuclear-weapons states.

Recommended: We Need to Talk about Africa and the UN Security Council

The CNWC letter to the Prime Minister proposes that the states party to the Treaty, including its nuclear-weapon-state members, at a minimum, reaffirm the Treaty’s core principles and objectives via a ministerial-level declaration to launch the 2020 conference. Such a statement should reinforce the urgency of the present moment, recognize the catastrophic humanitarian consequences of nuclear use by reiterating the Reagan-Gorbachev assertion that “a nuclear war cannot be won and must never be fought”, and reaffirm the disarmament steps and actions, including the “unequivocal undertaking” by the nuclear powers “to accomplish the total elimination of their nuclear arsenals,” that was approved by consensus at the 2000 and 2010 Review Conferences.

A range of additional measures aimed at reducing the risks of nuclear use and at building a political climate more conducive to disarmament need to be championed by Canada and its non-nuclear NATO allies:

The nuclear weapons crisis persists, not because the path to greater stability and disarmament is unknown, but because the will to follow that path is absent. That’s where disarmament diplomacy comes in, nationally and through the United Nations, supported by a concerned and informed citizenry. The visit to the U of O, as well as to Parliament Hill and Global Affairs Canada, by the UN’s top disarmament diplomat should both inform and energize Canadian diplomatic contributions to international efforts to restore the institutions and agreements needed to consign MAD (mutually assured destruction) to history.