Can the Bank of Canada Come to the Rescue Again? 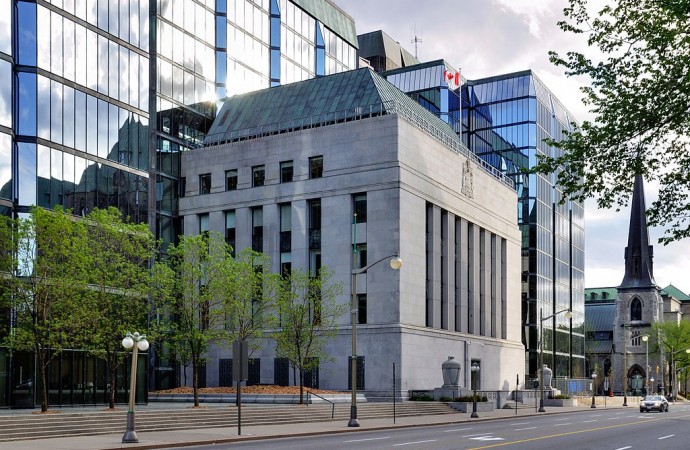 Like central banks around the world, the Bank of Canada has cut its target interest rate in order to tackle the economic effects of the novel coronavirus.

Does that mean that central bankers are once again our knights in shining armor coming to save the day in an economic crunch? Or is this finally the right time to recognize that we can’t keep counting on the Bank of Canada to do all of the economic heavy lifting in a crisis?

This rate cut does signal the central bank’s willingness to do what it can to counteract the economic consequences of the virus’s spread. Yet there is only so much that lower rates can do. They can make it easier for people and businesses to borrow and they will reduce payments on a flexible rate mortgage. But low rates won’t help companies continue to make the products that rely on parts made in hard-hit countries like China and South Korea, and they won’t help people afford to take time off of work if they get sick.

While it isn’t yet clear yet how serious the economic effects of the virus will be, this is a good time to take stock of what tools we have to respond to the next economic crisis.

Ever since 2008 financial crisis, the Canadian government, like governments around the world, has relied an awful lot on the super-powers of the central bank. G7 politicians decided that they didn’t want to have to keep using fiscal policy to stimulate the economy and started treating central banks like “The Only Game in Town,” as former Bank of England Deputy-Governor, Paul Tucker, put it.

Recommended: Constructing the Liberal Enemy: The International Political Sociology of the New Right

Yet the last decade has made it clear that there are very real drawbacks to assuming that central banks can always save the day.

The Bank of Canada has had to keep interest rates very low for a very long time to keep the economy going. While this has worked, to a point, it has had perverse consequences. Canadians took advantage of the low interest rates to go on a spending spree—building up debts worth as much as 177% of their annual income. This borrowing binge and the housing bubble that has gone with it has limited the Bank of Canada’s options moving forwards: by cutting rates, they run the risk of pushing debt even higher, but by increasing rates they could precipitate a crisis for the many families who can barely make their interest payments.

Given these limits, one option for the Bank of Canada would be to pursue unconventional monetary policy. In doing so it would be following the lead of the US, Japanese, British and European central banks that have dabbled in more esoteric monetary policies after the 2008 crisis, including “quantitative easing,” which has central banks creating new money to buy up government and private sector bonds and securities.

While these unconventional tools may be useful and even necessary, they do produce winners and losers. Top-down strategies like quantitative easing have actively contributed to growing inequality (by increasing the value assets that are mostly held by the wealthy), and has accelerated the climate crisis by disproportionately investing in carbon-intensive firms. On the other hand, bottom-up strategies, like “helicopter money,” where the central bank distributes new money to individuals, have been overlooked to date.

Politicians had hoped in the last crisis that they could avoid making difficult political decisions by passing the buck to central bankers who are insulated from the democratic process. Unfortunately, this past decade has taught us that there is no such thing as an apolitical solution to an economic crisis. Whatever role the Bank of Canada plays, it needs to be guided by democratic—and not just technocratic—priorities.

We do need central banks to play their part now—and we will need them again in the future. But we also need to make sure political leaders stop waiting for their knight in shining armor to come to the rescue and take responsibility for their own role in responding to economic shocks.

This article was originally published on The Ottawa Citizen

Join us on April 19th at 6:00pm for a panel titled "Peace with Justice in Colombia" with @authorwadedavis, Paola Jiménez and Nelson Ovalle Diaz. Co-chaired by Stephen Baranyi and Kimberly Inksater.

Potentia, our graduate student journal is accepting paper submissions for the 2021 edition of the journal!