Canada Will Pay the Price for Neglecting Foreign Policy 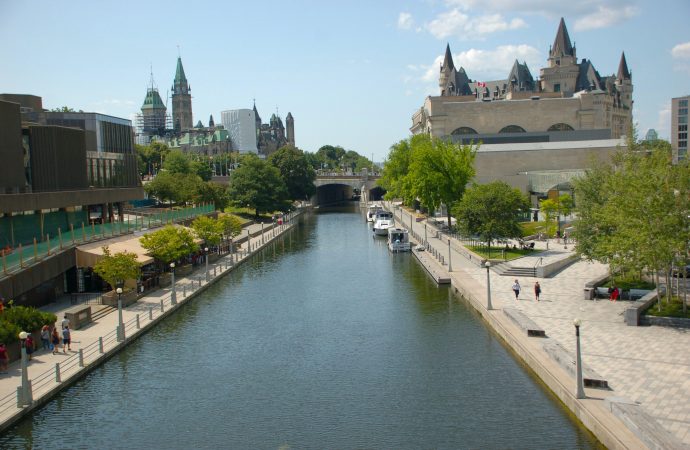 Canada has benefitted from an incredible luxury for the past three decades: We have been able to make mistakes in major foreign and national security policy decisions, or neglect these matters, and suffer little to no cost. Most other countries do not have this luck. When they make a bad choice, they suffer negative consequences. But this is changing. In the coming years, Canada will increasingly have to pay a price if we do not throw away our dilettante approach to foreign policy.

This luxury of cost-free mistakes is primarily due to Canada’s extraordinary geography: the combination of the stopping power of water (we are surrounded by three oceans) and friendly relations with our unique neighbour (the world’s richest and most powerful state) has meant that few, if any, countries in the world are safer.

Revelling in our good fortune, Canadians – governments of all stripes and the general population – have not had to face the lose-lose decisions that most other states constantly face. When other countries make ill-considered foreign policy decisions, they pay a price; Canada does not. Simply put, we neglect foreign policy and national security because we can.

Living in such a benign environment has major political, institutional and societal consequences. It permeates our political establishment: Foreign policy and national security issues typically feature relatively low on the agenda. Public debate of these subjects is rarer and less sophisticated. Institutions are less mature than those in the economic or social policy sectors. Collectively, we are less literate on these matters.

The problem, of course, is that Canada’s highly permissive security environment is deteriorating. It will not collapse overnight, but the convergence of multiple trends means that over the next few years, the country will not be able to avoid paying a price because of its foreign policy decisions anymore.

These trends are well known, and they have already begun affecting Canada. They include an increasingly ambitious and aggressive China; a revanchist and emboldened Russia; the spread of new technologies that hostile actors are increasingly adept at exploiting; the continuing threat of radical Islamist extremism along with the rise of its right-wing cousin; and the dangers posed by climate change and, as is so clear these days, other natural phenomena such as pandemics.

All these are compounded by the unpredictable consequences of Trumpism, the eclectic and inept mix of protectionism, aggressiveness, unilateralism and disdain for liberal norms. It would be a mistake to assume or hope that it will disappear with President Donald Trump, whether in 2020 or 2024. He has mobilized and emboldened important constituencies who support parts or all of his agenda, and these will outlast him. As we are now so brutally witnessing, he has exacerbated domestic fault lines. Partly as a result, the country on which Canada depends so much for its security and prosperity is more vulnerable and volatile than it has been in decades. He has caused major damage to the international institutions that have been assets to Canada. And irrespective of what and who comes next, American power – from which Canadian security and prosperity have benefitted so much – is undoubtedly in relative decline.

Recommended: Withdrawing from the Open Skies Treaty Is a Short-Sighted Mistake

As a result, the next years will see Canada facing increasingly difficult decisions. For the first time in decades, all we will be able to do is choose from a menu of bad options; even the least negative alternative will be costly. This has already begun, as witnessed in our troubled relations with China, but it will intensify.

What can be done? We need a collective brainstorm, a whole-of-society effort with government, academia, the media and the private sector to better assess our place in the world and identify concrete solutions. At the very least, remedies should include greater investments in diplomacy, intelligence and development, and perhaps defence. More abstractly, we should build a greater capacity to think and act autonomously. But the hard reality that Canada will face major fiscal challenges for the foreseeable future as a result of the pandemic will make this difficult to manage.

Ultimately, there will be a gap between rising risk levels and our ability to respond. Canada will remain privileged by geography, but we should fully expect to suffer shocks of a kind we have not seen in recent decades. Only after pain will we be able to jolt the system into taking foreign policy and national security more seriously. When the country has suffered the costs of foreign policy mistakes, we might then be able to collectively marshal the necessary political, economic, bureaucratic and societal resources. Hopefully these necessary first failures will not be too damaging.

This article was first published in The Globe and Mail