Where Do the Conservative Leadership Candidates Stand on International Issues?

The voting for the next head of the Conservative Party of Canada has begun. The winner, to be announced on August 21, will become the Leader of the Official Opposition. In the midst of the upheaval of the COVID-19 pandemic and the headline-capturing WE scandal, the leadership race has attracted very little attention – and the candidates’ respective policies even less.

It’s worth paying attention, however, notably because the four leadership candidates have espoused some positions on international affairs closer to those of Donald Trump and the US Republican Party than to traditional Canadian foreign policy, even under previous Conservative governments. For instance, the contenders are all hawkish on China and hostile to multilateral organizations, and several have adopted xenophobic positions on immigration.

The apparent frontrunner, or at the least the candidate with the best name recognition, is Peter MacKay, the last leader of the now defunct Progressive Conservative Party and former Cabinet minister in Stephen Harper’s government. Despite having been Minister of Foreign Affairs for almost two years, his platform provides a very vague vision of his approach to international affairs. He promises “a new approach to international development” but says little about what it would entail, other than the need to “review and reconsider multilateral contributions and reorient funding towards capable and accountable Canadian NGOs”. He doesn’t name any examples of organizations he would stop funding. Perhaps he is alluding to the World Health Organization (WHO). He used to consider WE “remarkable”, but has since distanced himself from that group. Would he increase or decrease the overall aid budget?

Equally vague is MacKay’s desire to “step out of international conventions that conflict with Canadian law, basic human rights or Canada’s national interest” – a potentially dangerous undermining of multilateralism, which actually helps ensure Canadian interests. He rails against China on trade and suggests that other countries are taking advantage of Canada. He also promises to secure Canada’s borders to prevent “illegal” border crossings and smuggling.

The other leading contender is Erin O’Toole, a Member of Parliament since 2012, cabinet minister for less than a year in 2015 and currently the Official Opposition’s critic for foreign affairs. His foreign policy platform adopts a more populist tone to Canada and the world than MacKay’s. He claims that the international order is broken and that the only way to counterbalance the incompetence and corruption of international organizations like the UN is through closer relations with the United States and the Five Eyes alliance, an intelligence-sharing agreement between the US, the UK, Canada, Australia and New Zealand. He criticizes the Trudeau government for “appeasing dictators”, presents a nine-point plan for countering “the threat posed by the Chinese Communist regime” and wants to step up pressure on Iran.

Like MacKay, O’Toole advocates “holding back funding for UN agencies with poor performance”. He singles out UNRWA, the UN agency that assists Palestinian refugees, which he implies supports “terror organizations”. Instead, he would “allocate funding to pro-pluralism education and development initiatives through organizations with proven track records of effectiveness” but it is unclear whether he means other UN agencies or spending the funds bilaterally or through Canadian or international NGOs. There is no other mention of international development or his plans for foreign aid. His immigration policy is more detailed and less alarmist than MacKay’s and his trade policy identifies as a “top priority” negotiating a CANZUK trade deal with the UK and other white settler former colonies Australia and New Zealand (with which Canada already has a free trade agreement). O’Toole also speaks of strengthening ties with India and Israel.

Of the two lesser-known candidates, Leslyn Lewis has attracted greater attention. She is a lawyer and the only woman and visible minority running. She is also the only candidate who has never held political office. Her appeal is largely to the party’s social conservative base.

Lewis’s platform’s section on foreign aid contains only two sentences. The first suggests that she would prioritize low-income countries over middle-income ones: “We need to change our foreign aid policies to focus on countries that actually need it”. But then the next sentence confusingly argues that “foreign” aid should go primarily to a single high-income country, namely Canada: “I believe we need to prioritize Canadian humanitarian needs – such as ensuring clean drinking water is available on every First Nations reserve in Canada – above sending funds overseas”. Elsewhere, she promises to “End funding for international abortions and focusing our foreign aid to promote overall healthcare”.

Lewis follows the other leadership candidates in objecting to so-called “queue-jumping” by refugee claimants, and says either the “loophole” in the Canada-US Safe Third Country Agreement that permits them to make a claim between official border points should be closed or the agreement should be cancelled (the option advocated by the NDP and refugee advocates). In the meantime, the agreement has been ruled unconstitutional by the Canada’s Federal Court. Lewis is extremely vague on trade, merely promising to “use [her] international law experience to strengthen existing trade relationships and open new ones”. She also emphasizes the “need to fundamentally recalibrate our relations with China”, but doesn’t provide any details on how.

Elected to the House of Commons in 2019, Derek Sloan is the most controversial candidate, criticized even within his own party for anti-LGBT comments and for accusing Canada’s chief medical officer Theresa Tam of being loyal to China rather than Canada. Of the four candidates’ platforms, his contains the least content on international issues. His main focus is on immigration, which he wants to decrease significantly, and on fighting “illegal refugee crossings” and “false” refugee claims.

Sloan would “stop the practice of signing on to UN treaties” and withdraw from a number of them, including the Paris Agreement on climate change and the United Nations Declaration on the Rights of Indigenous Peoples, as well as follow in Trump’s footsteps to “fully defund the WHO”. Like the other candidates, he promises strong measures to counter Chinese influence, for instance by arresting Chinese spies in Canada and exchanging them for Canadians being held prisoner in China. His website makes no mention of foreign aid.

The making of the next Prime Minister?

The four candidates’ rather thin platforms on foreign policy and development suggest a consensus on being tougher on China, international organizations and immigration, selectively disengaging from international obligations and multilateralism, and putting Canada’s narrowly defined short-term interests first (mirroring many of Trump’s measures in the US). In contrast to Trump, however, they also agree on the need for more and better international trade. None presents a coherent vision on their approach to international development nor, perhaps reassuringly, do they refer to the Conservatives’ 2019 campaign promise to cut foreign aid by 25%.

While the Conservative Party race may not be attracting much interest from many Canadians, the winner will have considerable sway over debates on the country’s role in the world and could become the next Prime Minister. In the midst of a global pandemic and economic crisis, when Canada most needs intelligent policy options, this leadership race is failing Canadians.

This blog was first published by the McLeod Group 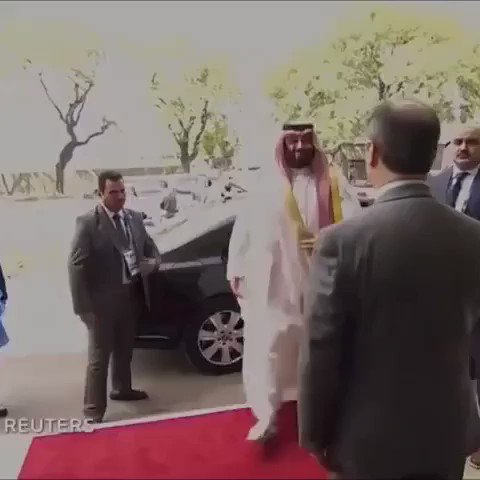