Ruffled Feathers: Why Chinese Interference in International Bird Conservation is a Threat to World Peace 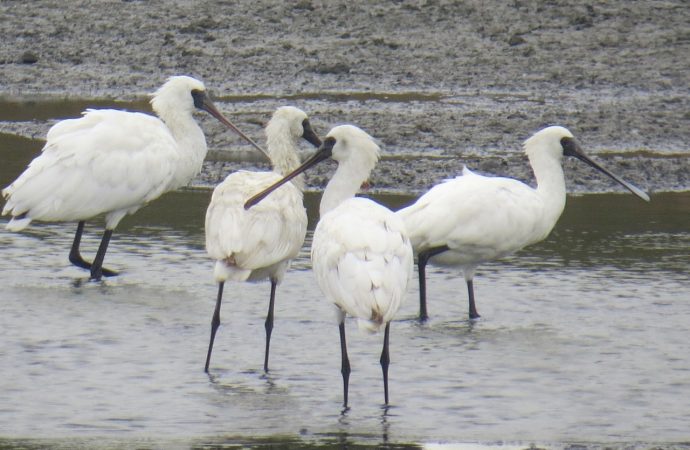 The ejection of Taiwan’s Chinese Wild Bird Federation (CWBF) from BirdLife International and the subsequent gag order asking BirdLife employees to refrain from speaking to the press may appear at first glance to be the smallest of China’s many micro-aggressions, but is indicative of a serious security threat.

BirdLife notified the CWBF on September 7 that their 24-year-old partnership had ended. The reason? BirdLife asked the Taiwanese partner to change their official Chinese name and to sign a document promising to neither promote the independence of Taiwan from China nor to advocate the legitimacy of the Republic of China (Taiwan’s official name). It didn’t matter that the Federation had never taken a political stance on Taiwan’s status. It didn’t matter that they had already changed their English name three times at the behest of BirdLife, even twisting facts to alter the name from “Wild Bird Federation Taiwan” to “Chinese Wild Bird Federation” in 2007. BirdLife wouldn’t even give them time, as a democratically run NGO, to debate this at the Annual General Meeting. They simply kicked them out of the nest.

Recommended: 🏅2020 CIPS Blog Award Winner! MBS admits “full responsibility” for the Khashoggi murder: What this means for the Kingdom’s allies

Taiwan protested. The Ministry of Foreign Affairs condemned China for interfering in international conservation NGOs and BirdLife for cooperating with China to coerce the CWBF into taking a political stance. On September 19, the General Assembly of the CWBF decided to finally revert to the more accurate name in English as the Taiwan Wild Bird Federation.

BirdLife, a global coalition of scientific and conservation NGOs, is active in Canada through Nature Canada and Birds Canada. It coordinates the IBA (Important Bird and Biodiversity Areas) program that identifies and manages important bird habitat sites. Because birds do not respect borders, collaboration between countries is central to BirdLife’s mandate. Since 2000, Taiwan’s Forestry Bureau has contributed to BirdLife conservation projects in Madagascar, Cambodia, and Sao Tome.

Taiwan is second only to Japan in Asia for bird conservation and scientific research. Taiwan hosts 682 bird species, 29 endemic species, and 43 endangered species. Taiwanese birders are active contributors to eBird, the world’s most comprehensive citizen science project in ornithology. The CWBF does important work to protect the Chinese Crested Tern and Black-faced Spoonbill. In 2020, the 4,864 Black-faced Spoonbills that wintered in Taiwan accounted for 57.3% of the population of that endangered species. Migratory birds along the East Asian-Australasian Flyway depend on Taiwan because of its strategic location on their pathways that stretch from Siberia to Australia. Taiwan’s expulsion from BirdLife will hinder cross-border cooperation on conservation, just because China prioritizes its political goals over even pragmatic scientific cooperation. China makes everything into a zero-sum game.

BirdLife is a dangerous precedent for other NGOs. Because China can pressure one leading NGO into cutting out Taiwan, they will feel emboldened to go after other NGOs – including in Canada. NGOs hoping to expand into China will hesitate to build partnerships with Taiwan. This is a shame because Taiwanese NGOs have strong expertise as well as the financial means to get things done. It is even more unfortunate because democratic Taiwan, like Canada, actually has real social movements run by civilians without government interference. China, on the other hand, strictly limits the freedoms of Chinese NGOs. Since 2017, when China changed its NGO regulations in line with broader security-related legislation, international NGOs have been required to register with the Ministry of Public Security and must have an approved local partner. This means the Chinese Communist Party can use NGOs to export their standards to the world.

Until now, China has not permitted BirdLife to enter China, which means the closest they get is collaboration with the Hong Kong Birdwatching Society. Maybe that is the point. Quite possibly, BirdLife is negotiating with China and took action against Taiwan as a precondition for collaboration. The cost is high. It means letting China dictate the norms of how international NGOs operate. BirdLife even imported Chinese norms on media freedom by issuing a gag order to their employees. And this is in Great Britain, which takes pride in the Magna Charta as one of the founding documents of democracy.

Because of China’s sheer size and long coastlines used by migratory birds, BirdLife is badly needed in China. International bird conservation would improve if China were to open up its own borders to free, unfettered cooperation between Chinese and international NGOs. Bird habitats along migration routes would be best protected if China were to set aside politics and collaborate with Taiwanese ornithologists and conservation scientists  like Japan and Russia do in spite of long-standing territorial disputes that straddle bird habitats.

China’s pressure on BirdLife is part of a new strategy. For decades, BirdLife’s Taiwanese partner could simply accept a compromise name of “Chinese Wild Bird Federation” internationally; and “Republic of China Wild Bird Federation” at home. BirdLife and the CWBF could collaborate as long as they remained silent about China-Taiwan relations. The most troubling sign is not the requested name change, but the fact that the CWBF was asked to commit themselves to a political stance. China is trying to shape a world in which even silence is not an option. China’s goal is to get the entire world to parrot its claims that Taiwan is part of the People’s Republic of China. This must be seen as part of a larger strategy in which the Chinese military during a global pandemic feels emboldened to practice invasion of Taiwan and to regularly send jets into Taiwanese airspace.

BirdLife should be reminding the world that coastal birds inhabiting wetlands along the Taiwan Straits would be the first victims if China were to ever invade Taiwan. Instead, their abandonment of the Taiwan Wild Bird Federation gives Beijing one more sign that the world does not oppose their strategy to annex Taiwan. Acquiescing to Chinese micro-management of international NGOs is not good for the birds and, in the long run, it is dangerous for the security of the entire region.